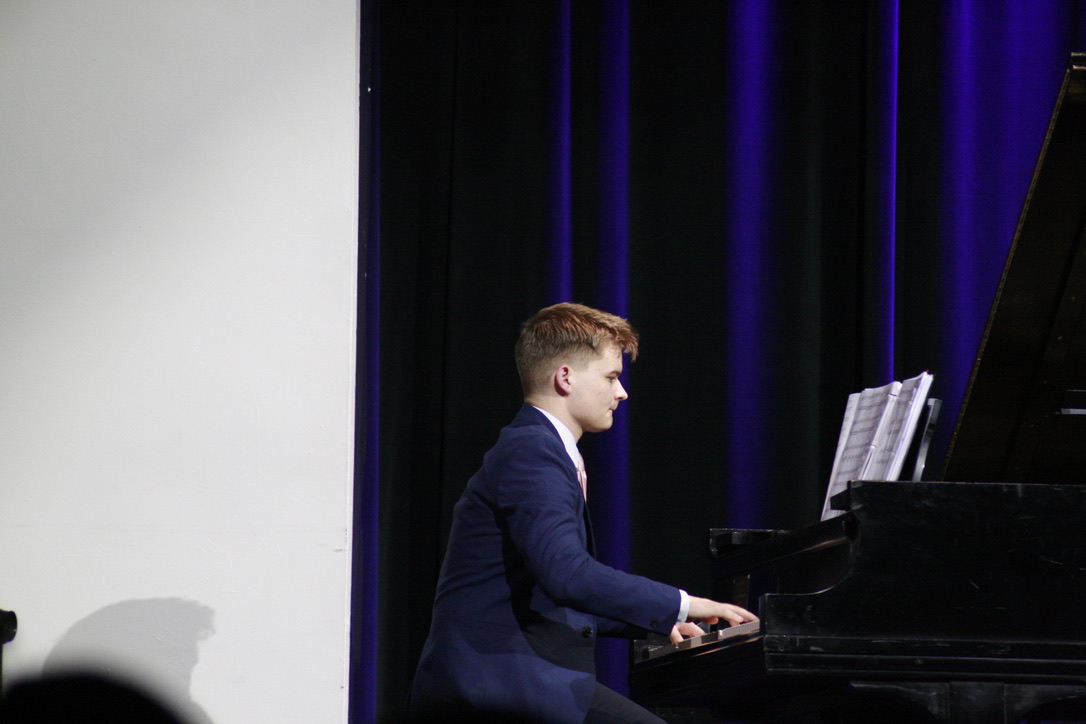 DAYTON, TN.- The Bryan College Piano Studios performed a student recital for the Bryan Community from 7:30 to 9 pm on February 11. The recital consisted of 12 different pianists performing pieces by modern-day composers.

The main idea behind this performance was showing the world that beautiful music is still being composed today. The students and professors wanted to engage the audience and get them interested in new composers. “We want them to become more curious about living composers and new pieces,” said Dr. Emi Kagawa, Instructor of Piano.

“There’s some good composers out there that are still living today and making good music. A lot of times we think of Bach, Beethoven and Mozart, but there is so much repertoire out there that no one has ever heard,” said Grace Thompson, a senior piano performance major and biblical studies minor.

The students were instructed to use a search engine to find composers that are still alive today and producing music. Students found a vast array of modern composers and their music to perform. They found pieces with unique names and melodies, such as: Unicorn by June Armstrong and The Solitude of Stars by Stacy Garrop.

“I searched through a database and just found a composer who interested me and chose one of her pieces that was interesting yet doable,” said Abigail Ferrell, a senior biology and music major.

The vast array of music captivated the audience by having something for everyone. Some of the pieces were upbeat and fast-paced while others were slow and calming. Each piece performed at the recital was composed by a different composer and allowed many modern-day composers to be represented.