The Robots are Coming!

Robots might not destroy the world any time soon, but they may be coming for your jobs. In fact, you could be obsolete as an employee within 25 years. Researchers at Oxford University concluded in a famous 2013 study that 47% of total US employment is composed of jobs likely to be automated within the next decade or two. This will cause not only mass-unemployment but mass-unemployability unless prospective workers adjust to the new environment.

Even worse, though blue collar jobs have been the traditional victims of mechanization, this time, the unemployment will extend to white collar jobs as well. The age of Artificial Intelligence (AI) threatens accountants, doctors, lawyers, teachers, bureaucrats and financial analysts, to name a few.

This information has caused widespread and understandable worry in the developed world. It seems counterintuitive then that the recent Bryan College chapel speaker, Brian Brenberg, who relayed that not so cheerful information polled among students as one of the most popular speakers of the semester. I think it is because he not only offered resolute realism but also pragmatic hope.

In his address on April 13, Professor Brenberg of King’s College presented his perspective of the future of work. He did not flinch away from the threat looming against US workers and indeed the workers of the rest of the developed world. However, he also offered a solution.

An important step towards addressing the problem would be training or retraining workers to prepare them for the new types of work. However, Brenberg’s solution went beyond this and gave a unique perspective on the problem.

As a premise to his solution, Brenberg first noted that the worst problem facing modern developed society is not automation usurping employment. The most pressing danger is the extraordinary fact that this generation has the worst mental health in history. He described how the most-taken class at Yale University is one on how to be happy—the foundational, primal need which seems to be ever more pervasively eluding modern society’s best and brightest. And that’s one problem technology can’t solve. “At best,” Brenberg said, “technology isn’t helping. At worst, it’s part of the problem.” That indicates that further development in AI isn’t likely to solve that problem.

And that is where, to Brenberg, the future of work lies. “Alexa or Siri can’t feel [humanity’s deep mental and emotional needs],” Brenberg said; “We can.” This doesn’t mean we all need to be pastors or counselors, but it does mean that we can prosper in any field that touches the human heart and the human experience. This can include sports, fitness, film, art, fashion, architecture or medicine.

The task before us, Brenberg urges, is to “determine how our expertise can solve the need of the human heart.” Doing so will not only help our career and ensure our employability; it would also be a faithful expression of our walk with Jesus. Solving the needs of the human heart is exactly what Jesus’ ministry on earth was all about and why he came to earth in the first place. As His followers, animated with His love, it’s our mission to extend that cure to the rest of the world.

In these days of paranoia over the future, no one should be more optimistic while firmly facing the full force of reality than us as Christians, animated as we are by Christ’s peace and love. We should be realistic about the challenges new technology poses for work and should be aware of the need for proper training. In that knowledge, the task before us is simply to serve our neighbors’ needs, for our joy and God’s glory.

Joshua Robe studies History and Government. He is on the Bryan Men’s Soccer Team and serves as Political Correspondent for the Triangle. In his spare time, he enjoys smiling, reading, language, and milking cows.

By Ashley Coker Editor-in-Chief President Stephen Livesay and Director of Admissions Joshua Hood announced that every current Bryan College student who graduates with at a 3.5 GPA will be... Read More

By Michelle Barger  Staff Writer  Associate Director of Career Services Chelsea Zimmerman will be leaving Bryan College in March, and Beverley Meadows will be taking the helm of Career... Read More 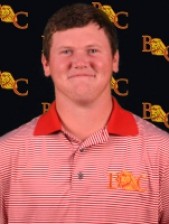 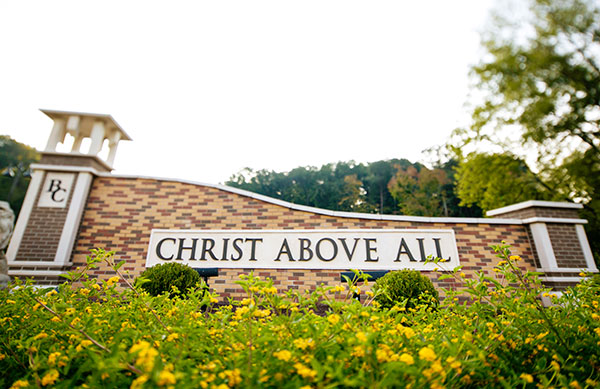