Veronika Víchová and the Kremlin Watch 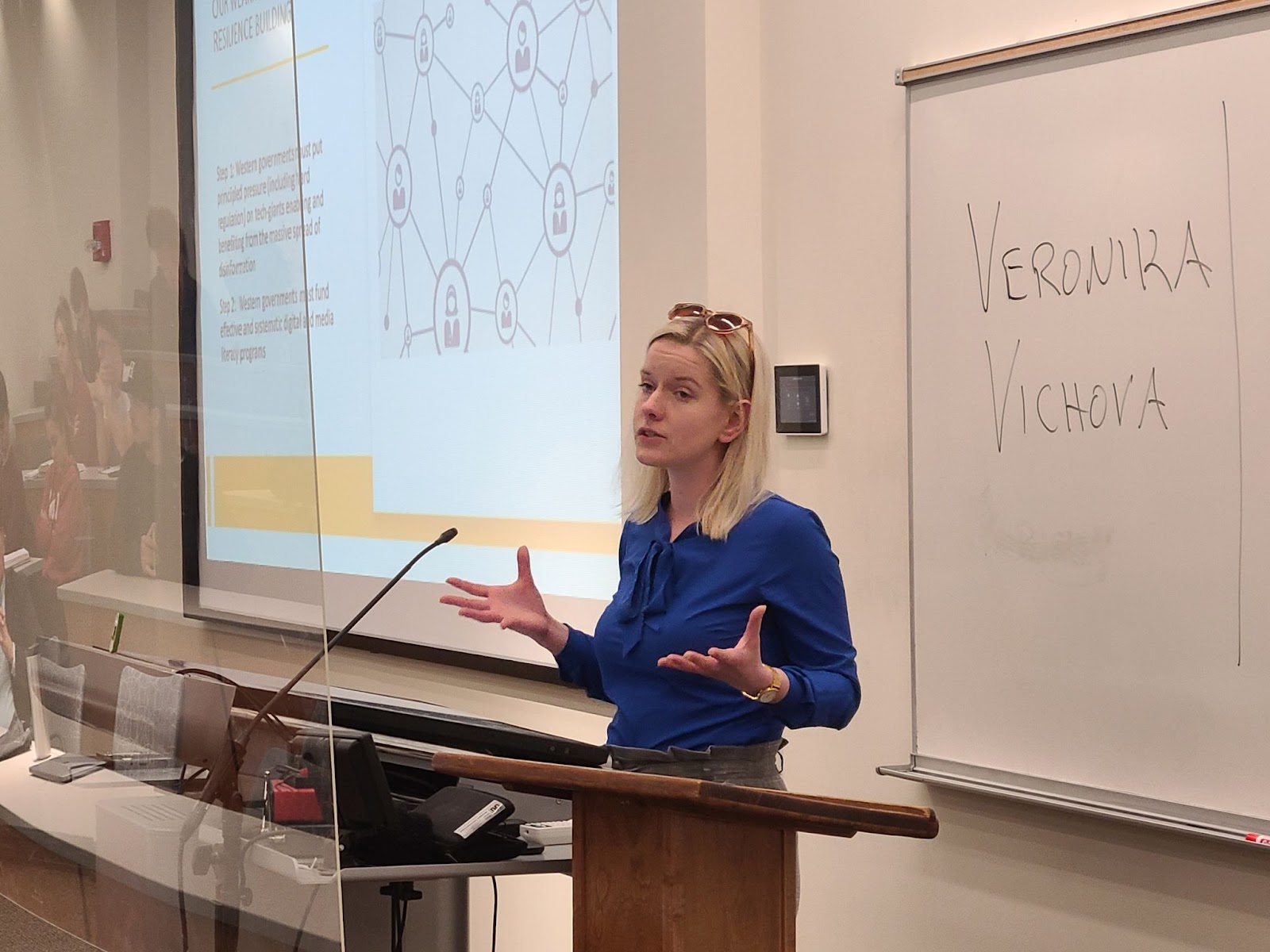 DAYTON, TN – Growing up in the midst of Russian propaganda Veronika Víchová was exposed to the dangers of Russian disinformation at a young age. One side of her family supported the Communist movement and the other wanted democracy. The opposing views of her family members would lead her to work for the Kremlin Watch.

“It created a very specific tension between the family but also seeing how it just works and how things can look black and white but they are not at all,”  said Víchová.

Víchová joined the Kremlin Watch program in June 2015. Since then she has become the Deputy Director of Analysis and Head of  Kremlin Watch.

Víchová spoke to several classes at Bryan College on the dangers of Russian disinformation. She gave insight to the Central European view of the Russia-Ukraine war and what she believes will be Russia’s next steps.

“Another important thing is that disinformation campaigns organized by Russia as we see them today are not actually aiming to promote Russia, they don’t want you to like Russia and want to move there, they just want to polarize,” Víchová said.

She shared what the Kremlin Watch believes are five troubling and four positive facts on the response of the West. She informed her audience on what she believes the West should do in response to the war in Central Europe.

Víchová offered advice on how to spot disinformation, most of the time disinformation abuses the use of emotions and it is overly emotional. She says when a piece of news is like this, people should research the title of the story and see what other journalists are saying about this topic.

Víchová offered Bryan College students, faculty and staff important information to help keep us informed of what is going on in Central Europe and how we can protect and help.

“Talking to students, we do that in the Czech Republic, but if we have a chance to do it somewhere else I think it is really important. Because you are the ones who might be doing the decision making in the future.” Víchová said.