Reinhardt University pushes past Bryan College to gain the number one seed in the Regular-Season title on Feb. 19 at Tennessee Wesleyan.

Both teams played for the first place position in the AAC and for the automatic bid to the 27th Annual NAIA Division II Women’s Basketball National Championship.

On Dec. 6, Bryan defeated Reinhardt 73-68 at home (Bryan College) before heading to the Eagles home (Reinhardt University) and losing 78-64 on Feb. 1. Both teams met for the third time to break the tie. The Reinhardt Eagles came out on top late in the third quarter with a 78-62 win.

Reinhardt improved to 24-8 in their season while Bryan declined 22-9.

For the Lions, Deandra Luna (Freshman) led the team with 16 points. Shayla Ludy (Freshman) finished with 13 points. Karli Combs ended with 11 points. Amber Levi and Tristan McClellan both had 10 points respectively. Finally, Tonesha Allison was Bryan’s only other scorer with two points.

Reinhardt led Bryan at the half, 32-30. At the start of the third, both teams ping-ponged back and forth with the lead until the seven minute mark where the Eagles took the lead. At the end of the third, Reinhardt had a comfortable lead they kept consistently throughout the fourth ending the game with a score of 78-62. 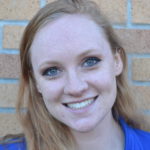