After 33 years an American woman, Desi Linden, has won the Boston Marathon. She is the first American woman to win the race since 1985. This grueling event has been an American tradition for years. Ever since the Boston Marathon Bombing several years ago, the race has received more attention and racers. Pride and grit have contributed to the attention given in the last few years.

On the morning of Monday, April 16, the race conditions were worse than in past years, but the runners persevered through 30 degree temperatures, rain and slick paths.

For Desi Linden, the race took a slight delay. Her friend decided to take a short pit stop to the port-a-potty. A delay that only lasted thirteen seconds, but could have been costly later on with time. Time is important in a race, especially in a long distance race. The longer the delay, the more time is wasted.

Linden finished the race in 2 hours, 39 minutes, and 53 seconds. Her time is the slowest for a woman in nearly 40 years, even though she still brought the victory home. The victory meant even more to her this time around, as she came close to winning in 2011.

“It’s supposed to be hard. It’s good to get it done,” she said in an interview afterward.

Desiree Linden’s win will be sweet and remembered. America can now celebrate a long-lived drought broken with Desi Linden bringing home the victory for her country. 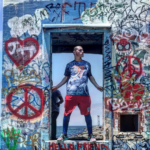 Tanner White is a freshman Communications major. His hobbies include baseball and sometimes annoying others with a dry sense of humor.