The Twentieth Anniversary of 9/11: Hope for the Next Generation

This year marked the 20th anniversary of 9/11, a day that will never be forgotten. Every adult can clearly picture where they were that day and what they were doing. 9/11 took the lives of 2,977 people and is forever remembered as one of the darkest days in American history, and today we are in a unique position where many of the younger generations do not remember or weren’t alive during that day.

Listening to people’s stories and learning what happened is crucial because it helps us gain a deeper sense of appreciation and respect for those who were impacted by that day. In this article, four people connected to Bryan College tell of their experiences during 9/11. Although they were in different places with different experiences, each person has a message for the younger generation that should not be ignored.

Tim Dinneny, a native new yorker and a relative of a Bryan College student, will never forget that momentous day. The bright blue sky contrasted sharply with the mayhem that surrounded him. At that time he worked on Wall Street at a bank two hundred yards from the South Tower. During a phone call, he heard what sounded like a large explosion. Dinneny ran over to the window and saw the top of the North Tower of the One World Trade Center ablaze and debris falling. Unsure of what had happened, Dinneny let half of his office evacuate before the second plane hit the South Tower. After the second plane hit the South Tower, he realized this was no accident and he helped the rest of his building evacuate.

Dinneny remembers how calm and collected many New Yorkers were and how the city came together amid adversity. As Dinneny made his way to Staten Island, he saw many people on the street giving out things such as water bottles and face masks. People were offering rides in their cars and generally caring for one another. Dinneny hopes that the younger generation will not take for granted the new precautions that prevent another major terrorist attack from happening.

Dr. John Sterling, the current Associate Professor of Criminal Justice, was an education director working in a correctional facility in Elizabeth City, North Carolina during 9/11.  He remembers clearly watching news coverage of the planes hitting the towers. When the second plane hit, he sensed that we were under attack.

Sterling had just finished law school and was planning on becoming a practicing lawyer. After 9/11 he was selected by the governor’s office of NC to train local and state law enforcement through the newly set up Academy of Counter-Terrorism.

His law enforcement and military experience gave him the expertise needed for this field. Sterling was later appointed to be the first Regional Homeland Security Coordinator in Tennessee’s Eastern Region. Sterling said, “My legal training taught me about limited government and the tension between individual liberty and duties of citizenship. There is tension between safety and order. We must all work together to maintain that balance and to preserve our republic for the future, by honoring God, and the U.S. Constitution. Both of those may require of us the ultimate sacrifice.”

Michael Kennedy, the current Director of Campus Safety and Security and the Covid Care Coordinator, was a police officer with the Marion Ohio Police department when 9/11 occurred. He was busy working on a beautiful Tuesday morning and as he stopped by dispatch, he saw news reports that the first plane had hit. Kennedy saw the second plane hit the South Tower and knew we were under attack.

To this day he remembers vividly hearing the immediate news reports and transmissions from the media. First responders were insisting to keep going up the towers to rescue people even though others were arguing against it. The transmissions were cut off shortly afterward, but Kennedy still remembers how brave and selfless all the 9/11 responders were. He volunteered to help with the cleanup in the aftermath but was denied due to the sheer amount of first responders around the country and around the world that had volunteered.

Kennedy was in the National Guard and in 2005 was deployed to Iraq during Operation Iraqi Freedom. 9/11 continued to motivate Kennedy to keep serving at home and abroad. Kennedy stated,” I wish more people of your generation would really become students of the information of fact.” He believes it is unwise for the younger generations to forget 9/11. Kennedy recommends reading and watching news reports and live footage from that day to get a true perspective of what happened.

Dr. Travis Ricketts is a Professor of History and Politics and Government and was working at Bryan during 9/11. He was teaching a class at Chattanooga State College in the morning and remembers watching news of the 9/11 attack in what is now the Lion’s Den. Bryan College reacted to 9/11 by uniting in patriotism and prayer. Ricketts recommends that people educate themselves on 9/11 and what happened that day and wishes people could remember how the country came together in the wake of the awful crisis.

There was much unity the days after 9/11 and for at least a week after the country was truly united. People were filling churches and politicians were praying on the steps of the White House. The nation had been utterly shocked, and it took years to fully recover. The memory of 9/11 is growing faint and nonexistent to many and those who have experienced 9/11 first hand such as those interviewed in this article are worried about people forgetting the sacrifices made on 9/11. The best way to honor those who died during 9/11 during the 20th anniversary is to educate ourselves on the events of 9/11. We must remember to talk and listen to stories of those who remember that day and remember to always fight for our values and for our country, even if it means the ultimate sacrifice. 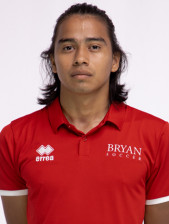