With a career spanning almost two decades, Taylor Swift has made quite the reputation for herself in the music industry.  To the excitement of many of her fans, Swift announced her newest album, Midnights, while accepting an award for Video of the Year at the 2022 MTV Video Music Awards on Aug. 28, 2022.

After much anticipation, Swift finally released her album at midnight on Oct. 21. Hours later at 3 a.m., she released an extended version titled Midnights (3AM Edition).

With a total of 20 tracks, Midnights is a wonderful album about late night contemplations and those secret feelings and sensations you feel when nobody else is around.

Unlike most of her works, there are several songs that contain strong language. These songs are Lavender Haze (Track One), Maroon (Track Two), Snow On The Beach (Track Four), Question..? (Track Seven), Vigilante S–t (Track Eight) and Karma (Track Eleven).

The opening track tells us to “Meet me [Taylor] at Midnight.” Lavender Haze is an upbeat song that beautifully captures a honeymoon stage of a relationship. Swift, who has been under public scrutiny since she was a teenager, has always been the subject of jokes about her several failed relationships and frequent themes of heartbreak in her discography. Lavender Haze tells people that she cares more about the love experienced from her partner as opposed to the hate received when her relationship becomes public.

Track two, Maroon, gives callbacks to Swift’s early songs Red and Clean. While both songs give a more naive and innocent approach to love, Maroon gives a more hazy look into the complexity of adult love and how it is not something that has a right or wrong, or a clear roadmap of how it should be experienced. Maroon is a powerful track conveying what it is like to be an adult in love.

My favorite song on the album is track three, Anti-Hero. Swift said on Instagram, “Anti-Hero is one of my favorite songs I’ve ever written. I really don’t think I’ve delved this far into my insecurities in this detail before. I struggle with the idea that my life has become unmanageably sized and I, not to sound too dark, but I just struggle with the idea of not feeling like a person.” This perfectly sums up the tones of the track. With her lyrics in this song, Swift looks her haters in the eye and laughs in their faces, while finding some senses of security in herself. While there isn’t harsh language, there are a few lines that tell a darker story.

Snow on the Beach is a beautiful song about falling in love. It tells a story of a completely unexpected relationship and how beautiful it can truly be. Lana Del Rey collaborates on this song, which adds a mystical beauty to the overall track. This track includes a few uses of explicit language but overall it is a deep song that is beautifully crafted by all those involved in its production.

You’re On Your Own, Kid may not be my favorite track musically, but story wise there is no contest between any track on Midnights. Containing a story of a young person falling in love and being faced with disappointment of being alone, this song ends with an acceptance of the ideas of loneliness and even finding comfort in it. You’re On Your Own, Kid is probably one of Swift’s most self aware and contemplative tracks.

Track six, Midnight Rain, has an almost indescribable beauty to it. In Midnight Rain Swift sings about breaking off a relationship to pursue her career. In the grand scheme of her career and song, this was possibly the best decision she could have ever made, but there are underlying tones of regret. Swift gives us amazing tracks through the whole album, but this track is one of the best.

Out of the final twenty tracks between Midnights and Midnights (3AM Edition), Question..? is my least favorite. Swift is reflecting on a past relationship, asking several questions to an ex-lover. There are several uses of explicit language and this track is immature, almost like Swift is hoping her ex had not moved on.

Track eight, Vigilante S–t, is a great revenge anthem, if you are okay with uses of strong language. There are several theories as to what kind of person Swift is seeking revenge on. There are implications that the man committed a crime, with lines like “Someone told his white-collar crimes to the FBI”. But with other lines talking about an ex-wife, there is also a possibility that it was a cheating incident. Regardless, Vigilante S–t reminds me of Carrie Underwood’s Before He Cheats and Two Black Cadillacs.

Bejeweled is a mess of a song. The lyrics are good, the music composition is good, but they seem out of place existing with one another. There is a very electro-pop feeling to the backing track, but the narrator is telling a story of frustration with a lover. It does not make the song bad, of course, but it really is not a favorite. Ultimately, the track tells how Swift is fully aware she can enchant a room, even if her partner does not feel that way about her.

Karma, as its title implies, is  one of the greatest villain arc songs to date. Karma is a revenge-savvy track, allowing Swift to confront her adversaries and tell them that they will get what they give. Though it contains a few expletives, Karma is a great song, perfect for all the girls and guys entering their self proclaimed ‘villain era’.

The twelfth track perfectly sums itself up in the title. Sweet Nothing is a sweet little song, with music that reminds one of lullabies and a simple story of being thankful for the little things in life. Specifically, Swift is expressing her gratitude for the tiny things in her relationship with current boyfriend Joe Alwyn. Alwyn is also a featured producer on this track under the alias William Bowery.

Mastermind is the final track on the original Midnights edition. It is another great song discussing her relationship with Alwyn. Theories have circled around every album since Red, if not even sooner, about how connected all of Swift’s tracks and music videos are. Swift has always had elaborate “easter eggs” in her music, this more than likely is just another addition to her endless repertoire of them.

The first of these seven tracks was The Great War. This one details the hardships of relationships, and the trials and tribulations faced in couples that can sometimes lead to fights. Despite the slightly morbid tones in the lyrics, the song is ultimately increasingly hopeful, like a promise to love one another eternally, but despite the hardships.

By far the most controversial song on the album is Bigger Than The Whole Sky. So far, Swift has not released a statement about the story behind Bigger Than The Whole Sky, but several fans took to social media platforms to express their suspicions of Swift telling the story of a miscarriage. The evidence perhaps can be seen in lines like “What could’ve been, would’ve been / What should’ve been you”, “I’ve got a lot to pine about / I’ve got a lot to live without / I’m never gonna meet,” and “You were bigger than the whole sky / You were more than just a short time.” This has caused quite the stir with Swift’s fans. Some claim she is writing about a miscarriage and have started attacking her via social media by assuming details of her personal life. Though, many women who have experienced miscarriage have been applauding Swift and seeing themselves in the lyrics. It is an interesting thought to consider, but one that probably will not get addressed. Despite the controversies, it is a very excellent song that anyone who has suffered loss can relate to.

Paris is quite a startling change in tone following Bigger Than The Whole Sky. Midnights goes from a sad song about loss, to an upbeat song about a relationship, and how being with that person felt like they were always somewhere else. Paris is a good song where Swift describes thinking of someone in such an abundant capacity that she does not see things like news or photos. This could be implying a sense of an almost childlike crush is with someone else, or a variety of other possibilites.

In High Infidelity, Swift visits the theme of cheating and infidelity in an unstable relationship. High Infidelity takes a look at  the deep pain left behind. It is an interesting song, but contains more negative messages due to the subject matter.

In Glitch, Swift discusses a relationship that was not meant to be. A type of relationship that started off as a friendship and was meant to stay that way, but the evolution of the relationship was so unlikely it feels like a glitch. It is a good song, although somewhat repetitive.

Dear Reader is a great closing song. Dear Reader rounds out Swift’s 3AM Edition of Midnights. Swift is giving the listener, or “reader”, life advice in a variety of areas. It is a deep song and probably contains knoweldge Swift wished she knew when she was younger.

Overall, Midnights is an excellent album with good songs, though the overlying subject matter can get repetitive in points. There are expletives and heavier themes, but given Swift is a grown woman and most of her fanbase has grown with her, it is quite suitable for this point in her career.

*Note: This article expresses the ideas and opinions of the author and they are not a reflection of the views of the Bryan Triangle or Bryan College as a whole.

Hollee Workman is a junior communications major at Bryan College with dreams to become an entertainment reporter and to travel the world. Besides journalistic writing, Hollee is a creative writer working on her third novella I Think I’m Lost Again among other creative projects

Written by: Emilee Harvey, Staff writer Reinhardt University pushes past Bryan College to gain the number one seed in the Regular-Season title on Feb. 19 at Tennessee Wesleyan. Both... Read More

A call to embrace the blessing of education

Fall break is over, and we are all dragging ourselves out of bed at the last possible minute to make those dreadful 8 a.m. classes. We are lamenting to our... Read More 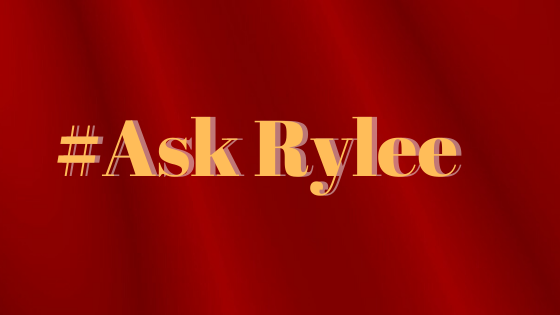 #Ask Rylee: My daily routine to grow closer to Christ

“Ask Rylee” is an advice column written by staff writer Rylee Evans. Evans is a sophomore communications major with a digital media option and a biblical studies minor at... Read More 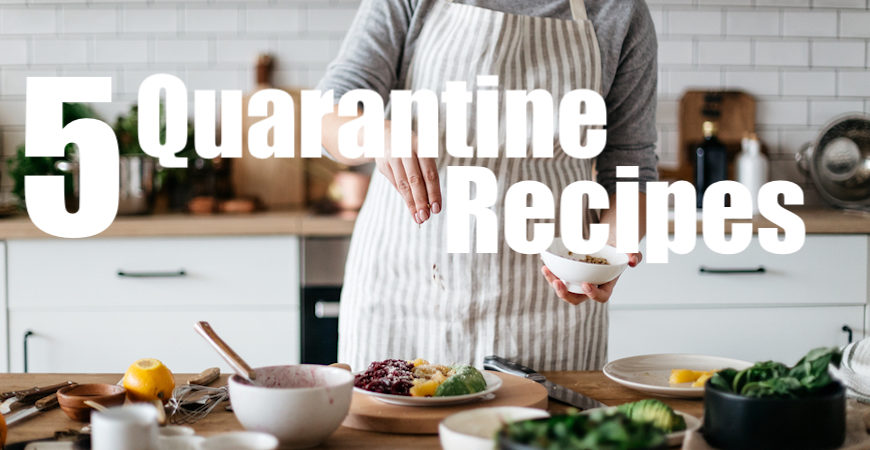 written by: Devin Burrow, managing editor Everyone is feeling the quarantine blues. By this point in the life of a social distancing American, most have played video games, done... Read More
Avatars by Sterling Adventures