Macklemore’s Gemini not so glorious

“What does Ryan Lewis do?” If you’ve asked this, worry no longer because this story is no longer about Ryan Lewis. Macklemore split ways for his newest album Gemini. Macklemore released this solo rap album last month. He hasn’t released a solo album since 2005.

Macklemore’s previous albums focused on cultural moments discussing racial issues, homosexuality and consumerism. But continuing the vibe of his previous album with This Unruly Mess I’ve Made, Gemini focus is fun. In an interview with Rolling Stone, Macklemore said, “It’s not extremely politically motivated or heavily subject- or concept-oriented. I think it’s mostly the music that I wanted to hear. It’s the music that I wanted to go get into my car and listen to. I wanted it to be fun.”

The subject matter of Gemini shows the success of the platinum album, The Heist. Gemini continues Macklemore’s bragging about his newfound lifestyle and its hardships. His last album began with him talking about the “hardships” of the red carpet (“Light Tunnels”).

“I’m feeling glorious
The crib looking Victorian (oh yes it is)
You know that we been going in
Since we hopped out that Delorean (Delorean, yeah we win)”

He falls prey to the success story. Following rappers like DJ Khaled, who wrote Suffering from Success, and many of the other mainstream rappers who focus on their newfound lifestyle. Instead of fighting for success like he does in The Heist, he lives in his success in Gemini because his “accountant’s dead (rest in peace) / Couldn’t count the commas.”

In “Excavate,” Macklemore reflects on his personhood. He excavates himself down to skin and bones. He assays asking what his greatest achievement is, and answers explaining that it’s his daughter. He shows a moment of this success: “Wakin’ up in the morning, bein’

a father / Watchin’ the light kiss her eyelids / Hearin’ her sing along to Chance.” Unlike “Firebreather” which carries a rock and roll sound, “Excavate” reflects Macklemore’s sound as seen in “The Town” and “Growing up.”

The rock and roll of “Firebreather” and the R&B of “Zara” show an attempt at stepping out of his norm but the tune and beats are offsetting. He’s trying too hard to be something different.

“Good Old Days” is reminiscent of “Growing Up” because in both he advises to seize the day or else you’ll regret it. Both also carry similar melodies from the piano.

In “Intentions,” he shows a change of perspective. He wants to change but he’ll change another day because he’s okay with himself today. Contrast this with “Starting Over,” where he accepts his mistake but desires to be “an example of getting sober.”

Instead of struggling with alcoholism and reflecting on today’s issues, he produces a “fun” album about sex, surrender and success. This is not Macklemore.

Even though the album is about success and fun, Macklemore does get serious. In “Miracle,” he goes back to his theme of addiction. But the story has changed, Macklemore can’t beat his addiction because it’s hopeless, and now, unlike before, he needs a miracle.

Macklemore’s success story lies in “Thrift Shop,” the overly played song which increased sales at the neighborhood thrift store. “Thrift Shop” is a fun song. But it has much more going for it than fun, as “Thrift Shop” is a critique of consumerism rampant in our culture.

Gemini as an album earns a 4/10. But as a few EPs, it earns a 5/10. Playing through the album song by song has no advantage. It has no coherent identity as an album. He collaborates in every song but “Ten Million.” The constant collaboration covers Macklemore’s sound. The album has a few good singles but fails to be an album.

The lyrical content and lyrics themselves fall short of what we’ve seen in Macklemore. The production value of the album shows the absence of Ryan Lewis. Macklemore’s success lay in his fight, whether for success (“Ten Thousand Hours”) or against alcoholism (“Otherside”).

Nathan Ecarma studies Bible, culture and language. He serves on the Worldview Initiative and as Editor-in-Chief for the school newspaper, the Bryan Triangle.

Dr. Seuss and the Single Senior

On a family trip a few years ago when I was in high school, my parents and I walked into a Pizza Hut... Read More 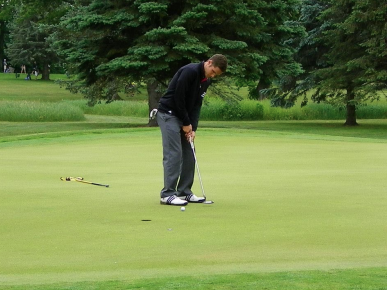 Written By: Colby Roach Sports Editor Life for college athletes can be a balancing act. Some students think they have it rough when a busy schedule means getting their homework done, attending club... Read More