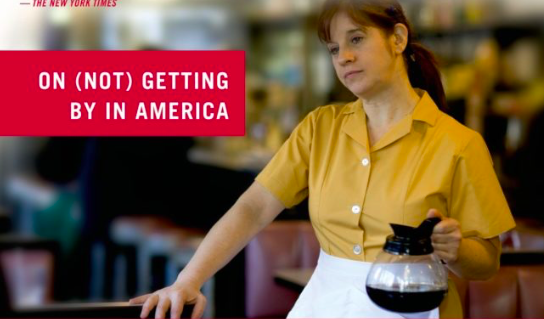 Barbara Ehrenreich’s book “Nickel and Dimed: On (Not) Getting By In America” focuses heavily on the societal issue of underpaid low-wage workers, and Ehrenreich takes investigative reporting to a whole new level by throwing herself into the low-wage work environment.

Ehrenreich’s account of low-wage work and life is about as firsthand as one can get without having always lived that way themselves. She goes as far as finding a low-income place to stay in the form of a trailer, totaling rent of about $500 a month. From there, she begins her search for what she calls  “America’s least attractive jobs.”

Her first occupation pays $2.43 an hour plus tips at a restaurant attached to a hotel in Key West, which she calls the “Hearthside.” It is here that both Ehrenreich and the audience gain a first glimpse into real, hands-on underpaid work. Housing seemed to be the major issue due to low pay and high rent, forcing some of her coworkers to sleep in their vehicles.

In Ehrenreich’s case, she comes close to having to do the same thing. Tourist season brings many people to Key West, but as foot-traffic dies down, Ehrenreich’s paycheck dwindles thanks to fewer and fewer tips. This forces her to set out in search of a second job, which she finds in a national fast-food chain she calls “Jerry’s.”

A full-time shift at Jerry’s, coupled with having to also work full-time at Hearthside causes chaos that Ehrenreich can only handle for two days. She chooses Jerry’s, the higher paying of the two. Ehrenreich continues to experience struggles of low income, and after a rough night of work, she decides to walk out and commence the second term of her experiment.

Her next destination takes her far from her home of Florida, all the way to Portland, Maine. Her housing situation is fulfilled with a motel offering rental apartments during the down season.

Here she immediately accepts her first two job offers, one as a dietary aid and one as a house-cleaning maid. It is through these jobs that Ehrenreich sees further into the struggles of those living on low income.

Ehrenreich’s final leg of the “experiment” takes her to Minneapolis, where she lands a job working the floor for Walmart. She ends up moving into a Comfort Inn for $50 a night because it is the cheapest option, although still not what could be called “affordable.”

A disproportionate ratio of income to cost of housing and other necessities causes Ehrenreich’s experiment to come to an early close, something she had the luxury of ending, unlike the coworkers she had come to know.

Following her work experience, Ehrenreich went in depth about the lessons learned in the three cities. She advocated that no job is truly “unskilled,” based on the difficulty she faced. Overall, she disputes the notion that minimum wage is a living wage and gives numerous evidence to support her claims.

“Eloquent…This book illuminates the invisible army that scrubs floors, waits tables, and straightens the racks at discount stores,” wrote Sandy Block from USA Today. This statement could not be more spot on. The group of people labeled under the term

“homeless” usually garner the image of one without work who spends their time on the streets.

Through Ehrenreich’s experiences, the audience gets a truer view into many held under the label of “homeless,” but do in fact work long hour shifts and are victims to low-wages. Ehrenreich’s account is unlike any other of its kind due to the legitimacy of her claims. Thoughts of hers are backed up by evidence and on-the-job experiences, and a different angle is shown of what Block calls “the invisible army”.

At some points in the book, Ehrenreich does throw in some undertones that are not necessarily true. The best example of this comes from her notion that the lower class is drug tested due to an overall suspicion that surrounds the group she included herself in. I find this to be false because drug tests are not entirely centered around the lower class.

I find the true logical reason around drug tests not to be focused on the idea of suspicion, but rather on the principle that companies do not want drug use to be practiced among their employees. I feel in this scenario, Ehrenreich tries to draw evidence and conclusion where none is needed.

Overall, the book is very unique in its nature. Ehrenreich does take investigative journalism to a new level. She is very structured in her claims for the most part, and does well in showing a point of view that the general public is usually blind to. 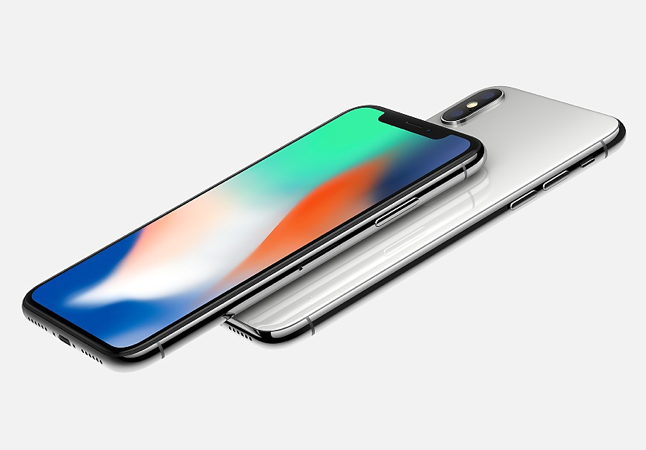 Written By: Emilee Harvey, Staff Writer Apple previewed the newest iPhone in September coming out in stores on November 1st. Prices for the phone start at $999 with $49.91... Read More

The importance of gratitude in the midst of pain

Written by: Samantha Burgess, assistant editor It’s not fair. My job is miserable and overwhelming, I have way too many assignments and extracurriculars, my parents are struggling. How am... Read More

A call to embrace the blessing of education

Fall break is over, and we are all dragging ourselves out of bed at the last possible minute to make those dreadful 8 a.m. classes. We are lamenting to our... Read More
Avatars by Sterling Adventures