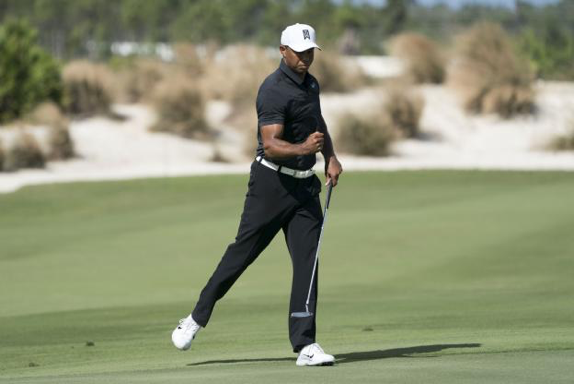 Tiger Woods finished his final round with two bogeys Sunday to shoot four-under 68 at the Hero World Challenge at Albany Golf Club in New Providence, The Bahamas.

It wasn’t the ending he wanted, but it doesn’t take away from the strong performance in his return to golf, finishing 8-under for the tournament.

Woods made the turn Sunday at 31 (-5), but an unforced double-bogey on 10 derailed his impressive front-nine score.

Woods eagled the par-4, 350-yard seventh hole and mixed six birdies with two bogeys and a double-bogey in his closing round. He opened the event with a 69 and went on to cap his weekend at 68-75-68.

This was Woods’ first start since withdrawing from a tournament last February in Dubai due to back spasms.

Woods, the former longtime world No. 1 and 14-time major champion, had not officially logged four competitive rounds since the Wyndham Championship in Charlotte, N.C. on Aug. 20-23, 2015.

“I think I competed well,” Woods told ESPN after logging his third sub-par round of the weekend. “I really drove the ball a lot better than I was thinking, especially distance-wise.”

“I was still scratchy with my irons; I drove it pretty good and made some good putts. Overall I’m very pleased. I showed some good signs; I hit some really good shots out there. A bright future.”

He told reporters he experienced “no pain” over the weekend and believes he still has a “bright future” on the course.

“I hit a lot of good long irons and fairway woods from the fairway, and for the majority of the week I really putted well,” Woods said. “I hit just a boatload of good putts.”

Woods was rusty, but he proved that he has the flexibility and ability to keep up with the world’s best on the distance charts and indeed on the scoreboard.

Woods has not announced his next tournament, but it is clear that he will be sharpening his game.

Colby Roach is a Communications: Journalism Option major. Colby is the sports editor for the Bryan Triangle. He has also completed an internship with the Chattanooga Times Free Press.