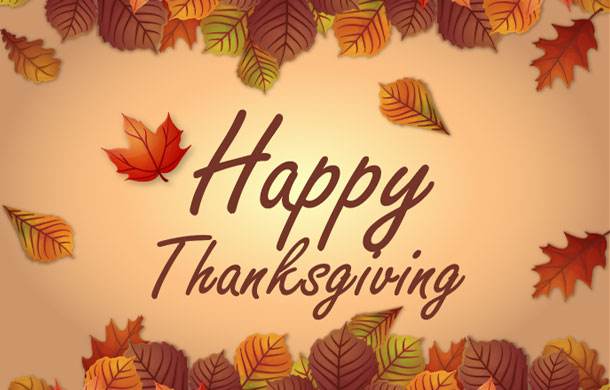 Thanksgiving is a holiday made for family and reflection.

Thanksgiving was established when the Pilgrims traveled across the ocean in search of a land where they could have religious freedom. The standard was set in 1621 when the Plymouth colonists and the Wampanoag Indians gathered together to feast over the first Thanksgiving meal. The Pilgrims were thanking God for saving them from the starvation that had killed over half of the voyagers prior to their alliance with the Wampanoag people.

History.com stated, “Thanksgiving Day is a national holiday in the United States, and Thanksgiving 2019 occurs on Thursday, November 28.”

In 1621, the Plymouth colonists and Wampanoag Indians shared an autumn harvest feast that is acknowledged today as one of the first Thanksgiving celebrations in the colonies. For more than two centuries, days of thanksgiving were celebrated by individual colonies and states. It wasn’t until 1863, in the midst of the Civil War, that President Abraham Lincoln proclaimed a national Thanksgiving Day to be held each November.

President George Washington also had a Thanksgiving proclamation for establishing this country. History.com states, “During the American Revolution, the Continental Congress designated one or more days of thanksgiving a year, and in 1789 George Washington issued the first Thanksgiving proclamation by the national government of the United States; in it, he called upon Americans to express their gratitude for the happy conclusion to the country’s war of independence and the successful ratification of the U.S. Constitution.”

As Christians, we should use every day as a chance to give thanks. The pilgrims traveled across the Atlantic ocean to America to be able to worship God freely. America’s laws and Constitution were established on Biblical foundations. America is the only country with freedom and rights to fully express our beliefs. We should be sharing the love of Jesus because we can freely do so.

However, we easily forget to put the Lord first because we don’t have to fight for it. We are so easily distracted by our everyday routine that we forget to stop and thank the Lord. Oftentimes, we don’t even use Thanksgiving as a day of thanks. Rather, we just fellowship and eat with friends and family.

There are several Christmas traditions during the Thanksgiving season. I asked some of my friends what their families do during Thanksgiving.

My friend Kate said, “My family and I have always gone to the movies on Thanksgiving day ever since I can remember.”

My friend Gina said, “My family has always put their names in a bowl and drawn names for Christmas presents. We planned ahead for Christmas by listening to Christmas music and the kids would even decorate gingerbread houses on some Thanksgivings.”

My friend Blake said, “My family would love Christmas so much that it was a tradition to put the Christmas tree up after we ate the Thanksgiving meal.”

The Never What You Think website states, “Perhaps Thanksgiving is not a grand season in today’s society because it only deals with giving.  After all, people receive things on Halloween and Christmas, as opposed to Thanksgiving, all you receive is a stomach ache and non-concrete feelings.  That would explain why Black Friday and Cyber Monday have gained more weight than the main event. Perhaps we have given into commercialism and only celebrate seasons that businesses can capitalize on.  And perhaps the only people who break free from this curse are attracted to the first point made: they connect Thanksgiving with genocide.”

Thanksgiving is a very important national holiday that should not be taken lightly. It’s a day to reflect on what we have and give thanks to God for it all.

The Daily To Reader website states, “It never fails that with the spirit of Christmas arriving earlier every year, Thanksgiving seems to get overlooked.”

Taylor Kalka, a freshman agriculture education major from San Antonio, said she thinks Thanksgiving isn’t as played up as Christmas is. Kalka believes everyone looks forward to Christmas because they get presents and students get a month off.

“It’s not given the credit that it deserves,” Kalka said. “Our generation is spoiled and greedy and you have to remember to turn around and be thankful for everything you have.”

There are several ways to honor the day. My grandpa would always make us write down everything we are thankful for as a reminder to be grateful and humble. You can volunteer at the local food bank or soup kitchen. You could even run in the TurkeyTrot in Chattanooga.

Find local things to do around the community such as Turkey Trots or Thanksgiving dinners to help celebrate the holiday.

Rylee Evans is a sophomore communications major with a digital media option and a biblical studies minor at Bryan College. She is from Pikeville, Tenn. and graduated from Bledsoe County High School. Rylee is on the women’s soccer team, and she enjoys spending time with her friends and family, hunting and fishing.