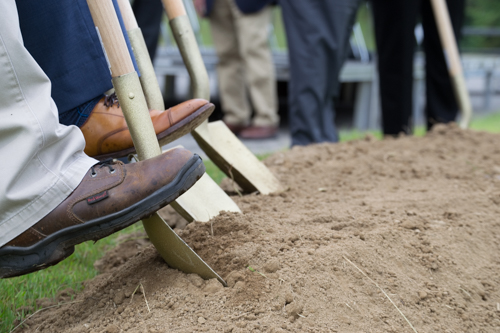 On the morning of Feb. 5, 2018 the Bryan College community gathered on the steaming asphalt behind Rudd Auditorium, surrounding a white tent. Under the tent President Livesay, Glen and Jackie Stophel and several members of the Board of Trustees sat, waiting to start the groundbreaking ceremony for the new Stophel Welcome Center.

The Stophel Center, according to President Livesay, will be a cornerstone to strengthen the college for decades to come. “The Stophel Center has been a necessity for a long time,” said Dr. Livesay. “Admissions have always been concerned that when people come to Bryan they don’t know where to go, and this building will solve that issue.”

The Center will hold the Admissions offices and a call center run by students. It will also have rooms available for various student groups and offer a banquet facility.

Chemistry professor, Dr. Brian Hill said, “The Center is a good showcase for the college. I feel Mercer is crowded and as an academic I hope some of the rooms in the Center will be used for classes.”

John Sterling, professor of Criminal Justice and College Safety and Security, had similar sentiments. “Clearly Bryan College is on the upswing,” said Sterling. “With the new Engineering program we need to accommodate the influx of people and this building will achieve that.”

The Stophels, who the Center is named after, were honored during the ceremony for their faithful service. Glen Stophel is Trustee Emeritus but has served as a member of the Bryan College Board (1978-86, 1992-2010), chairman of the Board (1996-2003) and Legal Counsel (2010-15). Glen and his wife Jackie have invested in Bryan College and the surrounding community for several years.

During the ceremony several spoke about the Stophel’s faithful work ethic. Delena Bice, Chairman of the Board of Trustees, said that over the years she’s worked with Mr. Stophel she, “was awed by his wisdom, integrity, generosity and love of Christ. Likewise, Jackie constantly exhibited the qualities of a godly, gracious, talented Christian woman.”

The Stophels said they have a passion for providing today’s youth with a Christian education and are proud of the strides Bryan has made to uphold its dedication to God and academics. They hope the new welcome center will honor Christ and further education at Bryan.

“It has been a pleasure to be with Glen as we’ve served Bryan College and I am thankful for everyone present today in helping us learn what it means to serve,” said Mrs. Stophel.

Construction of the Stophel Center is estimated to be finished in July 2019. 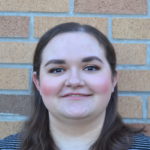 Samantha Burgess is a sophomore majoring in communication with an emphasis in digital media and is an assistant editor for the Triangle.