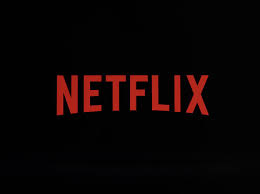 Netflix has hundreds of original tv shows and movies. But the most popular shows on their service, aren’t made by Netflix.

Even with popular Netflix shows like Black Mirror or 13 Reasons Why, Netflix relies on licensing agreements with third party companies. When it comes to the films that consumers spend the most time viewing, Netflix depends on others.  On a chart made by Jumpshot, a digital intelligence company, the most-watched shows on Netflix are comprised of The Office, Friends, Parks and Recreation, Grey’s Anatomy and New Girl.

In 2018, Netflix decided to take the sitcom Friends off their service. But the resentment from fans and celebrities was 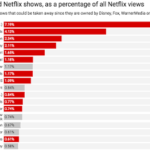 instant. Fans and celebrities began to reach out through social media platforms, and their reaction was big enough that Netflix decided to sign a last-minute $100 million deal, to keep the sitcom on their service for another year.

Netflix is definitely the biggest streaming service, with over 150 million users. There are, however, other top contenders, such as Prime Video, Hulu and the up-and-coming Disney+.  Disney+ is a streaming service that will be available later this year. Disney might end their streaming license with Netflix. If this happens, Netflix will have to take all of Disney’s content off their service such as The Punisher, and Jessica Jones.

While Netflix is the largest streaming service, their reliance on licensing from other companies is causing problems.

Jonathan Ecarma is a dual-enrollment student who enjoys Sprite Cranberry.