If you’re like me, you’ve already been swept up in the busy schedule of the Christmas season. You may have woken up before sunrise to catch a great Black Friday deal or sat on your sofa scrolling the internet for Cyber Monday deals. But the Christmas season is about more than finding a good buy, it’s also about giving to others, or at least, that’s what Linus tells us.

Janice Pendergrass, director of advancement, said that, while it can be fun to get a “good deal,” we often do so with the wrong intentions.

“Sometimes we put pressure on ourselves to try and give people a better gift than they might give to us – not because they need it, but because we want to “win” for giving the best gift,” said Pendergrass. “It’s refreshing to turn away from this mindset and have [Giving Tuesday] to think about a charitable organization that can really use my gift in a way that will actually benefit people who need help.”

Giving Tuesday, held the Tuesday after Thanksgiving, is a international event that encourages people to begin the Christmas season with charitable giving.

Charitable giving is something Bryan College has encouraged for over 85 years, receiving donations for the scholarship fund event–originally called Gifts for the King– which was rebranded this year as a part of Giving Tuesday. Donating money to the Bryan Scholarship Fund benefits students who require financial support from scholarships to attend Bryan.

To encourage student participation, David Holcomb, scholarship fund director and director of the Martial Arts Academy, had a table set up at various times and places this Tuesday and offered the first 51 donors to give $10 a free Martial Arts T-shirt. The college’s goal was to match the 49 current monthly donors on staff and faculty and raise it to 100 donors.

“My hope is that our students begin to give even at $5-10 annually so they will understand their part in bringing in the next generation of Bryan students, said Holcomb. “You may never know the people who sacrificed for you to attend, but you can know that you gave now, even in a small way, to see the next class come to Bryan.” Even if it’s a one time donation, Holcomb said it is still helpful.

Any donation, from $1-$50, will still be accepted. Bryan College members and the surrounding community can also donate to the Bryan Scholarship Fund here. 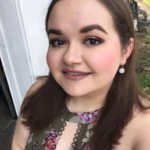 Samantha Burgess is a Junior majoring in communication with an emphasis in digital media and is an assistant editor for the Triangle. Burgess loves her Creator and the Arts.