A 28-year-old known as Maestro sits in detention in Belgium, facing charges for tennis match-fixing and organizing crime among other charges. Maestro would fix matches through encrypted messages with low-ranking players. He would send people to place small bets in small tournaments. Four players involved sit in police custody in France. One admitted to fixing around 24 matches for Maestro. Investigators suspect Maestro to have fixed hundreds of matches and brought in over a hundred players into his organization. The players were paid anywhere from $570 to $3,400. An official representative for the investigation told Associate Press that the bets were small enough to not risk detection, but profits were considerable because of how many bets were placed.

Other players will be questioned soon. Associated Press said that they have investigated players in Belgium, Netherlands, Germany, Slovakia, Bulgaria. Those to be questioned are from the United States, Chile and Egypt. Most of these players are not highly ranked in the Association of Tennis Players. The highest of the four in custody in France only ranked 354 back in 2012.

Although the connection is not clear, the Spanish police have 28 players who have associated with an Armenian gang. The Spanish civil guard has arrested 83 people. According to a press release from Europol, 11 houses in Spain were searched from which was recovered $192,000 and five luxury vehicles. 42 bank accounts have been frozen. 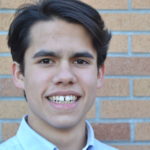