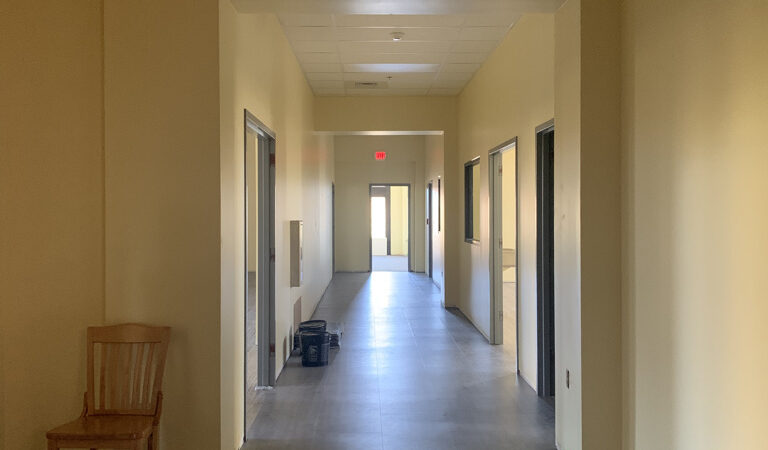 New Wing of the Library to be Completed in January

The Clara Ward School of Nursing Library Wing, which has been under construction since June 2022, will officially be completed at the beginning of the Spring Semester of 2023 in January. The 700,000-thousand-dollar project will provide 7000 sq. feet of classrooms, simulation, demonstration, skill labs and debrief rooms that will serve as the heart of Bryan’s Nursing program. The wing is located on the right side of the second floor of the library, where books were previously held.

Bryan started to discuss the development of the new nursing program in 2018, but construction was not started until the summer of 2022. Tim Hostetler, the Senior Vice President of Business Operations and Finance, is the primary contact for the contractor, architect and engineers involved in the project.

The library was told to prepare for the new nursing wing in the fall semester of 2021 but started going through their massive collection in the Spring semester of 2022. Dr. Gary Fitsimmons, the Director of Library Services, said that the library had to remove 20,000 books in preparation for construction, which was 40% of their entire physical collection.

Faculty was invited to examine the books to determine which books were needed and which books would be sold. Every book needed to be taken out of two separate library systems, and books that had not been checked out for ten years were automatically removed.

Fitsimmons contacted multiple resellers who were interested in selling the library’s books. “These book sellers usually sell to markets in third world countries,” Fitsimmons said. “It’s a way to get them off your hands without actually recycling them.”

Dr. Pamela Giles is the newly appointed Dean of the Clara Ward School of Nursing. She has 30 years of experience in nursing education, and has started nursing programs in universities in Indiana, Oklahoma and Virginia. Bryan will begin offering full-time nursing classes in the Fall Semester of 2023.

Giles has been intricately involved in the library wing’s construction since its beginning. She was responsible for collaborating with architects, along with Hostetler, and designing the nursing wing. “We had to decide how many classroom beds we wanted, how many hospital beds we wanted to be in there. Could we fit a big supply room in there? How did we want the simulation lab laid out?” Giles said.

Giles wants her students to learn how to think like a nurse. “You have to learn to be able to walk into a room with a patient, and within 30 seconds, you’ve taken an assessment of everything. You know if there’s a problem, isn’t a problem, something you need to do right away, we have to teach that,” Giles said. She hopes that the nursing program will continue to grow, and that employers will recognize Bryan nursing students as reliable and hardworking.

Amanda Davis is a sophomore communications major and creative writing minor at Bryan College. She is a Kansas City native and loves reading, writing and photography.