Movie Review: Beauty and The Beast 2017

Do you long for adventure in the great wide somewhere? Or a familiar tale of love and redemption? Then the new live action Beauty and the Beast is for you.

The live action Beauty and the Beast, directed by Bill Condon (Twilight Saga: Breaking Dawn Pt. 1&2, Dreamgirls), features actors Emma Watson (Harry Potter Series, The Perks of Being a Wallflower) as Belle, Dan Stevens (Downton Abbey, Night at the Museum: Secret of the Tomb) as Beast, Luke Evans (The Girl on the Train, Fast & Furious 6) as Gaston, and Josh Gad (Frozen, Pixels) as Lefou. It retells the story of Belle, a pretty and intelligent girl who lives in a small town in France. The townspeople shun Belle for her love of books and call her inventor father crazy. Belle is forced to live in a castle with a Beast and his enchanted staff in place of her father. But Belle soon learns there is more to the Beast behind his alarming exterior.

Beauty and the Beast, released March 16, 2017, closely follows the 1991 animated original. However, it does have some added storylines and music.

Emma Watson’s version of Belle has the same intellect and kindness of the original, but with a bit of Watson’s own finesse. Like the original, the new Belle shows the same sharp wit in her interactions with Gaston and Beast. However, Watson shows that Belle can fight back when she humorously throws a stool at Lumiere when meeting him and later on when she defends herself against wolves (although Beast does eventually rescue her).

In this version of Beauty Belle comes to understand her father, Maurice, better with an added scene. Beast (spoiler) has an enchanted book that allows him to mentally travel to any time or place he wishes. He allows Belle to use it and they arrive in Paris, France where we see her as a baby. Her young mother is sick with the plague and a young Maurice has to leave her in order to protect baby Belle. After seeing this Belle realizes why her father has been so protective of her as she’s grown up.

Dan Stevens’ Beast shows the short tempered but surprisingly sweet character that is in the original. Stevens’ version shows more depth. We get an added backstory in this version of Beauty that shows the Beast in his childhood. He was raised by a cruel father and his mother died. Belle and Beast have a connection in their similar loss and we see why Beast is so closed off. Stevens’ Beast shows the same awkwardness as the original, with his bad eating habits and lack of manners, along with the kindness in his interactions with Belle (including giving her his library and letting her go). Belle and his connection is emphasized more when they quote Shakespeare to each other and we learn he loves the same romance novels as Belle. Steven’s Beast slowly charms the audience like he does with Belle.

Gaston, played by Luke Evans, isn’t quite as burly and rough as the original. But, Evans makes up for that with his overwhelming ego and loud personality. He expresses his undying love to himself in a mirror, showing Gaston’s humorous arrogance. He of course shows his “male dominance” in his relentless pursuit of Belle and his reminiscing of war. This Beauty’s Gaston has a darker side to him, though. There’s a scene where he (spoiler) almost kills Maurice but decides to (with Lefou’s persuasion) spare him and instead leaves him beaten and tied to a tree. When Maurice is found and freed, he comes back to town to rat Gaston out. But Gaston makes the townspeople believe he’s crazy and locks him up. Furthermore, in the scene where Gaston and the townspeople invade the castle (spoiler), Gaston leaves Lefou behind in battle. This darker Gaston creates a more worthy villain.

Josh Gad’s Lefou has the same ditsy personality and worships the ground Gaston walks on. While this Lefou shows “homosexual mannerisms” (novel in Disney family movies) such as his need to wrap his arms (briefly) around Gaston in the bar scene and him dancing (again very briefly) with a man at the end, he isn’t outrightly homosexual. Some in the media made a bigger deal of having a “gay” character in the movie than there actually needed to be. You have to be paying close attention to the movie to catch any remotely “gay” scenes and even those are more insinuations. I don’t think parents should worry about their children, they likely wouldn’t pick up on any of these scenes and would be more focused on the love story between Belle and Beast.

Many of the other characters put on spectacular performances. Lumiere and Cogsworth have their same snippy, but fond friendship and both are true to the original characters. Mrs. Pott’s is still the wise, romantic mother and Chip is still the innocent carefree boy. The townspeople are still set in their ways, although this is portrayed more so in a scene where (spoiler) Belle is teaching a girl to read and some of them throw her laundry in a puddle as a response.

Overall,  this live action version of Beauty and the Beast was a great recreation of the original. The new actors all had lovely singing voices, and the new songs were enjoyable ( including Beast’s “Evermore” and Belle’s “How Does A Moment Last Forever”). However, although I enjoyed the theatrics and visuals in this version of Beauty, I will say I still prefer the original “Tale as Old as Time” as well as  “Be Our Guest”. I also missed hearing “Human Again”. Although some may not like the darker undertone of Gaston and the townspeople or the suggested homosexuality, it is still family friendly. As someone who grew up loving Disney and the 1991 Beauty and the Beast, I was pleased with how this movie made Belle and Beast’s story come to life.

Written by: Devin Burrow, senior editor Paris, France– Paris faces tragedy when a woman in her 40s set fire to a apartment building leading to the deaths of 10,... Read More

Sleep, Health, and the Holidays

Written By: Morgan Renninger        One sheep, two sheep, three sheep, four…four thousand. For some, sleep is an elusive, almost mythical creature that they can never seem... Read More 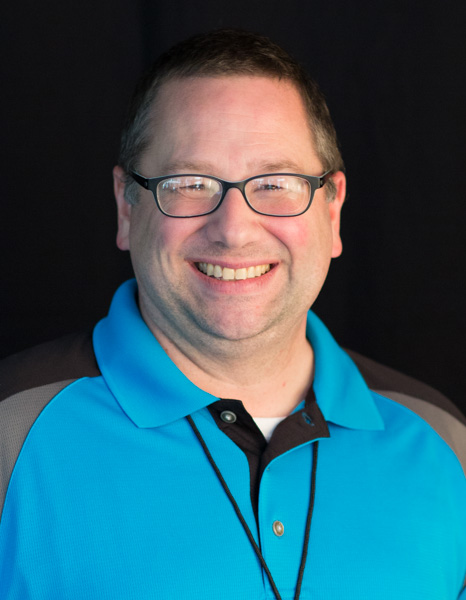 A Profile of Dr. Randle

Written By: Emily Hutson Fashion Correspondent Picture an office with shelves filled to the max with books. A neat desk sits in the middle; however, this is not the... Read More
Avatars by Sterling Adventures