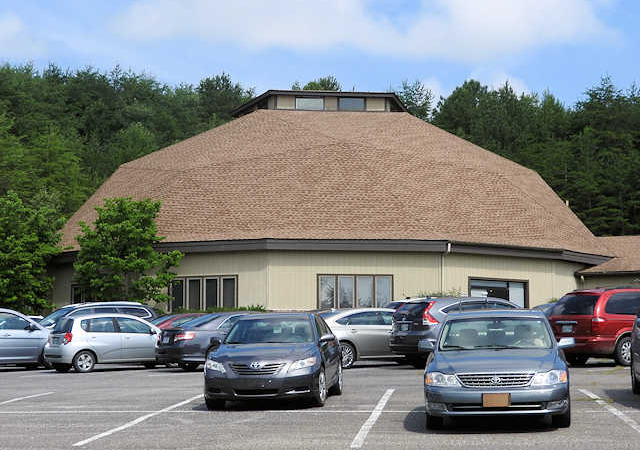 Dayton, TN – James Woychuk, who often goes by Jim, is the senior pastor of Grace Bible Church in Dayton, TN.

Woychuk is originally from St. Louis, Missouri and graduated with his Bachelor’s degree in English from Bryan College. He attended Dallas Theological Seminary for his masters degree in theology. Woychuk has previously worked as an assistant pastor in Dallas, TX and as a pastor for a church in Hannibal, Missouri.

Concerning the Scriptorium, Woychuk said, “The goal is really to help people fall in love with God’s Word and this is a means to that end. And Dr. Mann and the student life staff have been super supportive and helpful in letting us promote it, advertise it, and [have] chapel for it.”

This August, Woychuk began teaching New Testament Literature and Interpretation at Bryan College. “The opportunity to teach is a real privilege because of my respect for the school and its faculty. It really to me is a sobering responsibility and I don’t disconnect it from being a pastor because teaching Bible is different from teaching other subjects . . . it is pastoring in another arena is how I think of it,” Woychuk said.

Grace Bible Church has existed in Dayton, TN for many years. One of Woychuk’s first encounters with the church is when his sister and her husband worked in Grace’s youth ministry when he was a sophomore in high school.

During his time as a student at Bryan, Woychuk said that what made the most impact to him was the students and faculty, specifically the relationships he had with them.

“When I say they changed my life, they were ten to twelve classmates besides the seven or eight faculty I mentioned who changed me for the better. At the heart of all that there was so much joy, just so much joy. And a big part of that was worshiping and serving together,” Woychuk said.

Woychuk also noted that the professors he mentioned mentored him by modeling scholarly brilliance while having a Christ-like character. “They were deep people and people I wanted to imitate, and that was a joy. Bible professors like Bill Brown and Gary Philips, they really mentored us,” Woychuk said.

Woychuk has gone on several mission trips and has worked with many ministries during his time as a pastor. “When you are doing Christ’s work together, it brings you close to people, and again, I would say it brought a lot of joy,” Woychuk said.

Since being a student at Bryan, Woychuk has noticed many differences, particularly growth. When Wooychuk was a student, there were only about 380 students on campus.

Woychuk also noted that there are a lot more sports on campus now, since Bryan College has grown and over half of students are involved. “I realize that is a little bit of a potential tension pointer, or point of division, are athletes and nonathletes. But I know L.J. Rowden has a vision of bridging that gap. Of course there are people who bridge that gap and now I am teaching, I am little more aware,” Woychuk said.

Woychuk is a person who has a heart for God and people, as demonstrated through his teaching, pastoring and desire to talk to people and get to know them.

Written By: Grace Graves & Kate Westrick, Bryan Triangle political correspondents On the road with the Trump Train. Last week, the political caravan stopped at nearby Athens, Tenn. for... Read More

Nathan Ecarma      April 24, 2016 will be the 101st anniversary of Armenian Genocide of 1915 which is illegal to discuss in modern Turkey. The traditional historical stance... Read More