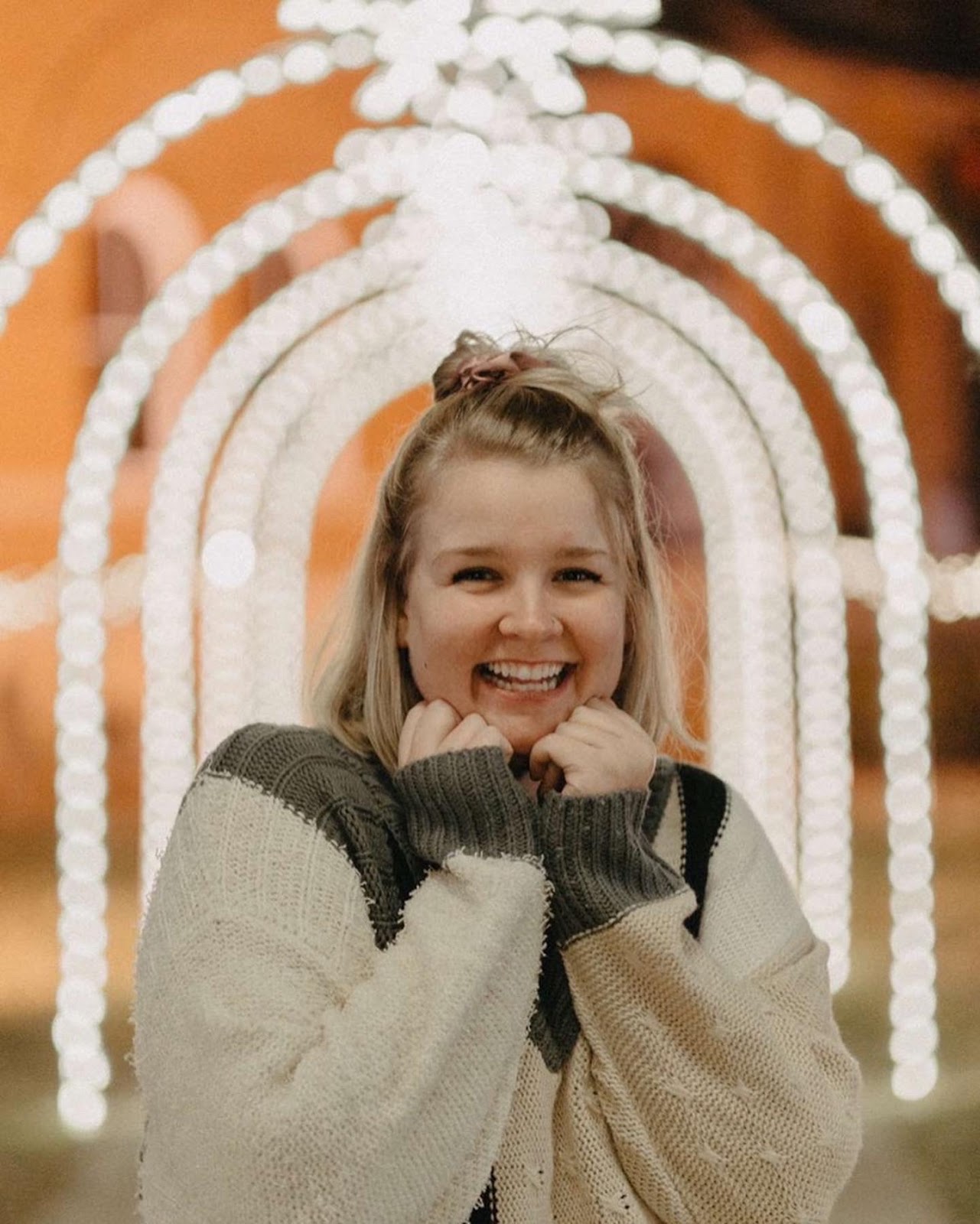 Dayton, TN – Elizabeth Spencer is a senior Christian Ministry major with a Worship Arts emphasis and a Biblical studies minor at Bryan College. Spencer is also the resident assistant of Robison’s first floor.

At the Methodist church she grew up in, Spencer’s mom was the minister of music, which started her love of worship arts and music. Spencer discovered her love of singing at the age of two by singing for fun around her house.

“When we moved to the church my mom works at now, it’s a baptist church a little bigger, they [my parents] just pushed me into singing,” Spencer said, “Which I am so thankful for but I don’t think it is something I would have chosen on my own to do even though I enjoyed it.”

Spencer did not know she wanted to pursue music full time through worship until she was about 15 or 16 when she visited Bryan College as a high school sophmore. “I got to see the music program and I met the worship professor here at the time and it was really just a confirmation that this is what the Lord wants me to do. He’s gifted me and I don’t want to look for it on my own and do my own thing but I want to return it back to Him,” Spencer said

“My mom is one of the biggest influences of my life, period. She is the reason why I got into music and she’s the reason why I was able to see God in my daily life and then she’s been one of my biggest supporters through music, through speaking, through teaching, through just being a student and following the Lord,” Spencer said.

Spencer began playing the guitar at age 15 but became better at 16, really wanting to pursue the instrument to improve her worship of Christ. “In the grand scheme of things I want to pursue music, pursue building relationships with people, do mission work at some point, and make sure that I am walking in the gifts and graces that the Lord has given me. I think a lot of times I try to neglect a lot of those to do one certain thing” Spencer said.

Spencer described turning her life to Christ at the age 10 during a normal Sunday service at her church that she grew up at. “That day the gospel just became real to me, I guess, in a sense that I was truly understanding the impact of the gospel was, not it just being a story, but it being a real life thing that happened,” Spencer said, “And in that moment I knew that I wanted God to be my savior, I wanted to form an intimate relationship with Him.”

On being at Bryan, Spencer said, “I felt like I had a better opportunity to grow spiritually at Bryan, which I would stand by that statement.”

Spencer is a part of Bryan College’s Chorale and Chamber singers, which has greatly influenced her musical and spiritual dreams. “I want to travel and just spread the gospel which has become more real to me over the past week when we were on Choral tour. This is what I want to do, I want to go into churches, I want to go into towns with believers and unbelievers and just share the gospel and share music,” Spencer said.