Choosing a college is one of the most important decisions one will make in their lifetime. College, for many, determines how one will spend the rest of their life. Because of this, making the right decision requires questions such as  “Does this college have my major?”; “Will I become homesick?”; and, “Do I like the coach of the sport that I am interested in playing?” and “Could I see myself being an active student at this college or university?” But there is one issue that plays a pivotal role in a student’s decision.

How are you going to be able to afford such a “high-paying” tuition? To make matters worse, the school that has earned your interest does not offer athletic scholarships. What decision do you make?

According to the NCAA, there are 439 Division III colleges and universities in the U.S.; all of which do not offer athletic scholarships. Three Division III schools like Bryan College are: Sewanee, Covenant College, and Maryville College. Below is a chart that compares the similarities and differences that each school requires for admittance.

How do athletes afford these colleges and universities?

Division III schools believe that academics are superior to every extracurricular activity. It is common to see these types of schools requiring higher GPA, ACT, and SAT scores than other universities and colleges. The NCAA: Division III says, “The division minimizes the conflicts between athletics and academics and helps student-athletes progress toward graduation through shorter practice and playing seasons and regional competition that reduces time away from academic studies.” Students in this division can balance and integrate their athletic, academic and extracurricular talents to the university or college as opposed to schools focusing moreso on athletics.

What does Division III have to offer?

Division III school’s mottos are to direct their entirety of attention towards academics, alone. Because of this, these schools try to minimize the amount of conflict athletics and academics have with each other. Students are expected to understand that they, too, must divert their priorities over to academics. The Division III’s statement said, “Division III affords student-athletes the opportunity to discover valuable lessons in teamwork, discipline, perseverance and leadership, which in turn make student-athletes better students and responsible citizens. Participants are integrated on campus and treated like all other members of the student body, keeping them focused on being a student first.”
Though from the outside, Division III schools look unappealing financially, they, in the long run, are highly beneficial to students wishing to pursue their desired major. Students receive a high quality education while also having fast access to internships and jobs, straight out of college.

Chuck Harris is a Communications: Journalism Option major at Bryan College. He has a huge interest in discussing sports and hopes to one day become a Sports Journalist. You can normally find him in the library studying for his many classes, playing video games in his room, or catching up with friends at the Prideland Grill. You can also find him on Twitter @harrischuck0811

Students and their thanksgiving escapades

A Call to Solidarity in Light of our 45th President

Written By: Kate Westrick Political Correspondent  At 12:00 pm on Friday, January 20, 2017 the American people came together, putting aside bias, and stood together supporting and respecting the... Read More 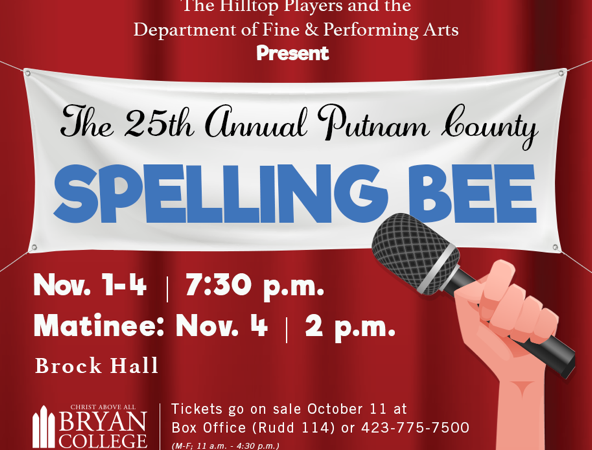 Written by: Mackenzie Branch Some professors correct grammar, and others help students deliver better insults. “When you say, ‘See you next year, loser’ I want you to put in ‘loser’... Read More
Avatars by Sterling Adventures