The Dow Jones plummeted this past week with the announcement that Congress passed the nearly trillion-dollar stimulus package, and I went from buying the $1.69 Baja Chalupa at Taco Bell to the $.89 Cheesy-Bean Burrito. This adjustment serves as a fantastic way to save money, fill my stomach and predict where I will be in 24 hours (Hint: It will not be outside playing Ultimate Frisbee).

Seemingly everyone is feeling the pinch, even President Barack “Hope” Obama is telling us that things will get worse before they get better. Surprisingly, there are a few folks that are actually doing better now with an economy going belly up. On Feb. 21 The Economist reported that

With America tipping towards recession, Wal-Mart is doing much better than in the past couple of years when the economy was booming. Sales increased by 8.3% compared with the same period last year, to a record $106.3 billion… In a volatile economy Wal-Mart was “well positioned to succeed.” The secret of Wal-Mart’s meteoric rise over the past five decades has been its obsession with low prices.

The retail giant Wal-Mart is a proverbial land of opportunity, open 24 hours a day and offering a smorgasbord of cheap products. The Arkansas-headquartered store is proving that your grandmother was right: being cheap pays. As small vendors are ostensibly closing up shop left and right, it’s good to know that some things in life don’t change; Wal-Mart will still be there for me at 3 a.m. when I need more oatmeal cream pies and additional darts for my Nerf gun.

However, Wal-Mart is not the only company that is thriving in a slowing economy; historically TV infomercials report large profit increases during recessions. Due to the lower costs for TV time, infomercials capitalize on selling cheap products that appeal to an increasingly budget-conscious audience. If you’ve been lucky enough to catch any late-night television you might have been propositioned by such life-altering products as the Snuggie, a must-have blanket that comes equipped with built in sleeves. Can you imagine anything better then being under a warm blanket without losing the ability to use your hands? 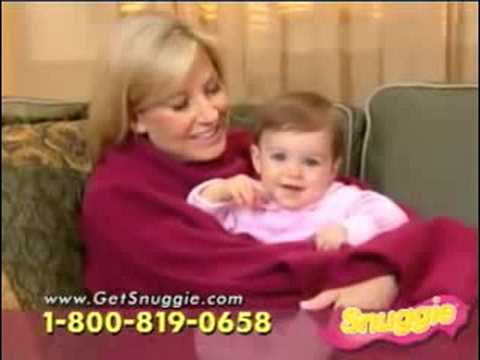 I know what you are thinking: How have I lived without my very own Snuggie!?

On a slightly more serious note, there is an economic theory (often used to indicate recessions) that not only takes into consideration traditional pecuniary data but also holds its fingers to the pulse of the American psyche. That theory is known as ‘The Lipstick Indicator.’ In short, sales data over the years indicates that when the market is down, sales in bright lipstick go up. Lipstick is an inexpensive way for the women in our lives to mask their indelible sadness with gaudy lip-plaster. The New York Times ran an interesting piece on lip-enhancers last July.

Lipsticks aren’t inferior goods, economists say, but they could be small indulgences, an inexpensive treat meant to substitute for a bigger-ticket item. Or lipsticks could also be morale boosters, like Charlie Chaplin films were during the Depression. A warm shade that perfectly matches your skin tone might make you forget how far your 401(k) has tanked.

Even as I hammer out this column on my ancient 12-inch Macintosh, I notice that the waitress refilling my coffee has chosen brighter than normal lipstick. I suppose that we all are doing what we can to survive this economic winter. For me, working as a Wal-Mart greeter has just been moved from my post-career career to my post-college career. Hmm, I wonder if they’d let me wear my Snuggie…