By: Grace Graves and Kate Westrick

On Wednesday, February 16, Americans for Prosperity and the Chattanooga Tea Party hosted a townhall on the upcoming Tennessee Gas Tax legislation. Governor Bill Haslam (R) has recently begun conversations about adding a 7 cent tax on every gallon of gas and 12 cent tax on diesel.

According to the governor, this additional revenue will be used to revitalize and strengthen infrastructure throughout the entire state. While infrastructure is an essential piece of community development and economic stimulus, many Tenn. residents are not in favor of this drastic increase. For example, one of the key arguments against the tax is that Tennessee already has a billion dollar tax surplus.

Americans for Prosperity, a national conservative organization focused on promoting free markets, came to explain to Tennesseans the affect the tax would have. The state government says that they will combat the higher gas prices with a lower sales tax. The numbers simply don’t add up though. The amount of surplus funds the gas tax would provide does not even remotely cover the sales tax cuts. 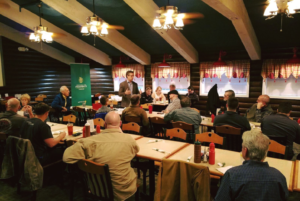 Fifty Hamilton County residents attended, including a local elected official. The main speaker of the event was Andy Ogles, the executive director for Americans for Prosperity – Tenn. This was the first of many town hall events; Ogles plans to travel to various cities around the state in hopes of raising awareness and empowering citizens to oppose this legislation. Although this meeting was small in number, it assuredly accomplished its intended purpose.

If you’re interested in fighting the tax, find out what you can do here.

Grace Graves is a political communication major. She is the president of Bryan College’s Turning Point USA chapter and serves as a political correspondent on the paper. When she isn’t reading about current events, you can probably find her at your closest coffee shop worrying about her future. You can follow her on Twitter @gracegraves2 or connect with her on LinkedIn (please endorse her skills).

Kate Westrick studies political science, history, and any public policy she can get her hands on. She serves as a political correspondent for the Bryan College Triangle, participates in intercollegiate debate, and occasionally serves on the campus worship team. She can usually be found in the library drinking La Croix and talking about politics, the Myers-Briggs personality

Allergies are in the air

Written By Morgan Renninger Staff Writer According to the American College of Allergies, Asthma and Immunology more than 50 million Americans suffer with allergies. The pollen counts that cause... Read More

The stage — set with an old wooden staircase, bunk beds and a strategically placed door — transformed around them and props were in hand as the Hilltop Players... Read More 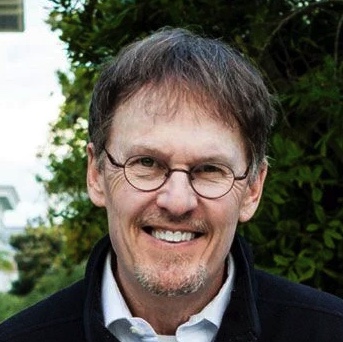 Written by: Samatha Burgess, Editor in Chief Scotty Smith greets everyone with a warm smile and a firm handshake. He doesn’t just ask for your name and move on,... Read More