A Call to Solidarity in Light of our 45th President

At 12:00 pm on Friday, January 20, 2017 the American people came together, putting aside bias, and stood together supporting and respecting the newly elected president. At least, that’s what was supposed to happen.

On this warm winter day, Donald John Trump became the 45th president of the United States of America. It is probable that this nation has not seen a more highly contested and tense election in decades. The past year has brought much political turmoil encompassing every party and ideology.

It seemed no one was spared from the divisive reality the 2016 presidential election created. In many ways, tensions came to a head on November 8, 2016 when Trump won the election. However, the American people still had time to come to terms with the fact that they had elected a new president both hated and loved by many.

Earlier this week, it was assumed that the trauma this political season had wrought would finally come to a finish. Unfortunately, in light of the various violent and heated protests, it would appear that this stark alienation does not intend to dissipate any time soon.

From National Review to Huffington Post, many news outlets agree that newly elected President Trump’s inaugural address only served to solidify dissent throughout the nation. It would appear these next four years are shaping up to be long and gruesome. However, as a nation, we are assuredly called to something higher than simple caviling. The question awaiting all people is what exactly that looks like.

I believe that as a people, in light of the inauguration of our 45th president, there is an ever-strengthening call to solidarity- a trait that has been greatly lacking in this election. On a national level, a spirit of amalgamation with hope for benevolence is what largely differentiates the United States from other world powers.

This voluntary, overarching unity is what allows for the peaceful transition of power and the open exchange of ideas and ideals alike. However, this unity the United States espouses also operates in light of personal liberty and freedom, making true solidarity not only difficult but incredibly rich with meaning when used appropriately. The very constitutional republic we are blessed to live under protects against militant totalitarianism or sheer anarchy, i.e. purist democracy.

The call to the fraternity and cooperation flows directly out of this constitutional republic. Because of this, no sense or form of unity can be forced upon the people of the United States. Instead, it must be the choice of each and every sovereign individual, making it all the more necessary.

As the 28th President of the United States Woodrow T. Wilson states, “We cannot be separated in interest or divided in purpose. We stand together until the end.”

Anecdotally, this does not go to say that disagreement does not play a vital role in our governmental system. Assuredly, this is precisely what makes America strong and unique; however, the necessity of free flowing thought and dissention must fall under our greater call to yield to the consequences and outcomes our system produces.

As citizens of the greatest nation on earth, we must speak our minds respectfully, pursue truth, and understand the importance of true solidarity in light of the outcomes we face.

Kate Westrick studies political science, history, and any public policy she can get her hands on. She serves as a political correspondent for the Bryan College Triangle, participates in intercollegiate debate, and occasionally serves on the campus worship team. She can usually be found in the library drinking La Croix and talking about politics, the Myers-Briggs personality test, or her future tiny house.

Written By: Samantha Burgess Staff Writer Fashion has been a part of culture worldwide since the 1920s. It is a unique and ever evolving topic full of entertainment and... Read More 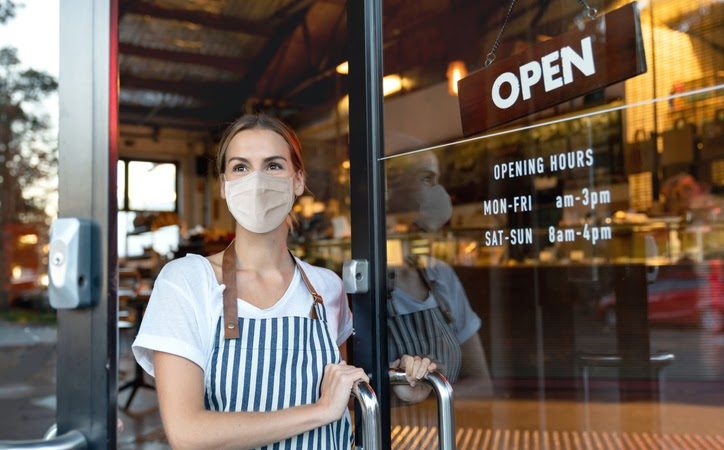 Written by: Morgan Clark, staff writer Dayton, TENN.—COVID-19 has impacted nearly every aspect of the restaurant industry; however, while cooks and managers continue to make the same pay they... Read More

Emily Hutson Fashion Columnist With the election of a new president, comes a new first lady with different ideas and customs. While this election has been shrouded in controversy,... Read More
Avatars by Sterling Adventures