Written by: Mathaus Schwarzen, staff writer DAYTON, Tenn.— Bryan College formally opened its new admissions building on Friday, October 4. The ceremony was attended by students and faculty, as well as guests and alumni from the Bryan community. Named after Glenn Stophel, a former member of the Bryan College board of trustees (1978-1986; 1992-2010) and Read More 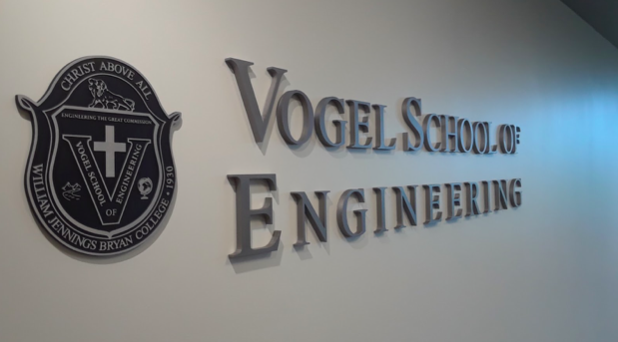 Written by Mathäus Schwarzen, staff writer Deborah and Elizabeth Cornwell cut the ribbon for the new Vogel School of Engineering on April 11. The new wing in Mercer will add six engineering labs and 10 other rooms, including the second largest auditorium on campus. The school is still working on some areas of installation, but Read More