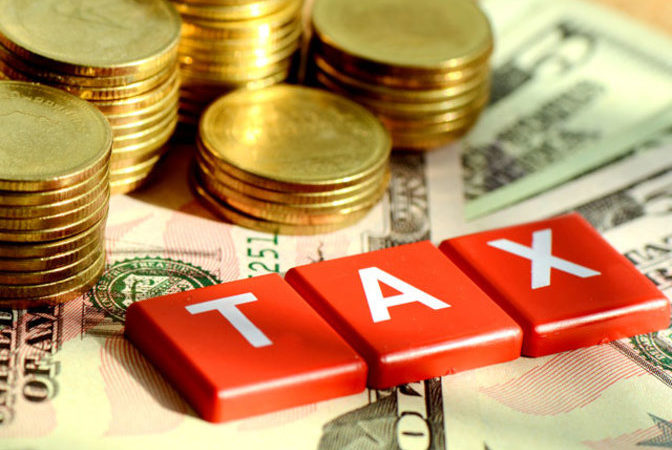 Proper taxation: To tax or not to tax

Congress passed the most sweeping revision of the U.S. tax code in decades during the early morning hours of December 20, 2017. The response was swift and impassioned. Sen. Charles Schumer (D-NY), Senate Minority Leader, categorically condemned it, while President Donald Trump called it “HISTORIC TAX RELIEF for the American People!” Republicans tend to call it the next best thing since the Declaration of Independence and Democrats like Patton Oswalt view it as “the sloppy, handwritten, first scroll of the apocalypse. Goodbye America.” However, with the bill’s length of 505 pages, plus 600 more pages of conference reports explaining the often inscrutable language of the bill itself, it’s doubtful how many actually read it before giving their passionate conclusions.

Much could be argued about the merits of the details in this particular bill, but that would take more pages than anyone reading this likely wants or has time to read. Instead, I’d like to take a step back and consider the idea of taxation in general.

Almost everyone likes to bash the IRS, and it sure would be nice if someone else had to pay up, instead of us. But we—as commendable, civic-minded citizens—also generally recognize that the fair thing is for everyone to pay taxes who is able to. Does that mean any and all sorts of taxes are right? Is there even a morally right or wrong kind of tax, or is the issue purely pragmatic?

I would argue that certain forms of taxation can indeed be unjust, unfair and morally wrong. Pragmatic concerns also play a role, such as, one, necessity—whether the government needs more revenue—and two, practicality—whether a tax will succeed in bringing in more revenue. After all, a moral offense is even worse if it is not directed to help anyone. For instance, Bob stealing tasty spinach to feed his hungry little brother at least would provide good nutrition, while stealing iceberg lettuce would be both wrong and nutritionally unproductive.

The Progressive Income Tax—where people who earn more pay more—is often held up for its fairness. After all, the wealthy, high income earners have much more disposable income than middle class and lower-class Americans, so it’s only fair that they pay more. Plus, to remedy the evil of income inequality, we should use this tax to redistribute the wealth—to take from the rich and gives it to others in the form of subsidies, welfare, or tax deductions or exemptions.

Yet we ought to stop and think more clearly what is actually taking place here. Beneath its shiny, appealing veneer, the government is, in the words of 19 century economist Frederic Bastiat, “benefitting one citizen at the expense of another by doing what the citizen himself could not do without committing a crime.” I would argue that is the exact opposite of a fair system. It is simply a form of legalized theft. Charity is wonderful, but a coerced transfer of money is neither charity nor good. As renowned economist Walter Williams has aptly pointed out, “reaching into one’s own pocket to assist his fellow man is noble and worthy of praise. Reaching into another person’s pocket to assist one’s fellow man is despicable and worthy of condemnation.” Historian Burton Folsom adds that “The 14th amendment promises equal protection of the laws to all citizens, and if we discriminate against the rich, the door is open to pass laws discriminating against blacks, women, and old people.”

To make matters worse, the progressive income tax isn’t pragmatic, isn’t necessary and doesn’t work. It isn’t necessary because the federal government sustained itself for over 120 years without an income tax, maintaining itself through taxes on imports, whiskey, tobacco, on the sale of federal land, and sales taxes.

In fact, before adopting the income tax in 1913, as Dr. Folsom points out, most years saw budget surpluses. Since then, the government has had only 24 budget surpluses, half of which came during the “roaring ‘20s.”

In the last 50 years, coinciding with the expansion of the income tax, we’ve had only five. This indicates that giving the government more money simply incentivizes less fiscal responsibility. When our politicians had little money to spend, they spent money more wisely and rarely went over budget.

The progressive income tax, or any income tax rate increase, doesn’t increase government revenue either. When the tax rate reaches a certain point, the wealthy simply hide their income through various tax dodges or outsource it to other countries, eliminating any tax revenue. Alternatively, the wealthy, or even poor entrepreneurs, simply give up and stop working. Thus, counterintuitively, raising tax rates actually decreases tax revenue.

The author of our nation’s Constitution, James Madison, stated, “I cannot…lay my finger on that article of the Constitution which granted a right to Congress of expending, on objects of benevolence, the money of their constituents.”

To see how far our government has fallen from that proper negative role, consider a list Frederic Bastiat delineated of things which he argued to be legalized plunder: “tariffs, protectionism, subsidies, progressive taxation, public schools, guaranteed jobs, guaranteed profits, minimum wages, a right to relief, a right to the tools of labor, free credit and so on.”

Reading this list is astonishing because, though written in 1850, it is virtually indistinguishable from a list of roles our government has adopted or is currently considering. The list seems radical, but is that not because we have become acclimated to the increasingly pervasive reach of government? Is it really radical given a reading of the Declaration of Independence and the Constitution?

I would argue, and I believe James Madison would agree, that it is not.

Basically your average Joe, Joshua Robe is a freshman history and government major at Bryan College. He is an avid cow-milker, soccer player, reader, and smiler and is interested in appellate litigation, history, and linguistics.