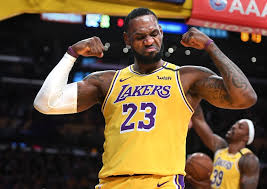 DAYTON, Tenn.– The NBA Conference finals are well underway in the East and the West. The best of the best in the NBA have faced off and only four teams remain.

In the East, the Boston Celtics trail the Miami Heat by a deficit of three wins to one in the Eastern Conference playoffs. The Heat is looking to move on to the Finals for the first time since 2014 if they can just rack up one more win.

The Heat is being led by Tyler Herro who had a massive game, dropping 37 points in game 4 of the series.

“I am a bucket,” said Herro after his impressive performance this week. The 20-year-old is confident that he and his team will move on to the NBA Finals.

In the West, the Los Angeles Lakers lead the Denver Nuggets 2-1 in their playoff matchup. The Nuggets seek to hold down Lebron James and the rest of the top seed Lakers in quest of making the NBA Finals for the first time in franchise history.

The Lakers are riding the wave of a playoff lead and look to lean on their scoring superstars to carry them to the Finals. The Denver Nuggets will need to come prepared to stop this powerhouse team.

Conner DiMauro is a staff writer for the Bryan Triangle. He enjoys spending his free time outdoors with his family and friends. He is a Business Marketing major and a member of the Bryan Fishing Team.