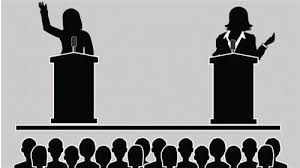 Twelve hours of arguing sounds unpleasant for most people, but for Emily Webber and the rest of the Bryan College Debating Lions, nothing’s more exciting. They were at Carson Newman University participating in the official statewide debate event, Tennessee Intercollegiate Forensics Association (TIFA) Tournament, from 9:00 a.m. to 9:00 p.m. on Saturday, February 9. The Debating Lions won first place in the overall debate, as well as fourth place in the debate with another doubles team.

TIFA was a “limited prep” debate competition, meaning the competing teams had no idea what topic they would be given to debate when they came in. The finals debate topic that brought the Debating Lions to their first place win was whether the House of Representatives would pass TN House Bill 493.

The Debating Lions was actually a hybrid team, made up of both Bryan College students and Lee University students. Chris Absher of Lee University won fourth place in the debate with Bryan student Alex Daniels, and he also won a second place speaker award for the Lions as well.

Webber won first place in the debate with her partner Spencer Baker. Baker won the first place speaker award, while Webber herself won fourth. When asked about who she recognized as her biggest competition,Webber mentions David McConnell of Carson-Newman University. She had debated him before, and recognized him as “very good, really tough, and kind of mean in his approach.” Webber said it made the debate even more difficult because the debate was on McConnell’s “territory,” giving him the home advantage.

“We have a really good time on our trips, because we all love each other.” Webber said. She talked about listening to music on car rides, nice dinners, gathering together for a movie in someone’s hotel room and just the overall bonding experience of spending time together as a team.

The next big event for the Debating Lions will be on Bryan’s campus on Saturday, March 2. This will be the first debate competition ever hosted by Bryan College. Many of the schools who are coming may not have heard much about Bryan before the event, so it will give students an opportunity to experience the Bryan College campus and also to show that Christians can still debate using logic, which is important to Webber. 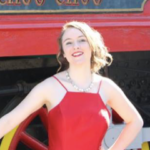 Triangle. She enjoys creative writing, listening to music, and saying things that make