Paris, France– Paris faces tragedy when a woman in her 40s set fire to a apartment building leading to the deaths of 10, including an infant in the early morning hours of Tuesday, Feb. 5. A neighbor, also a firefighter, knocked on the door of a 40-year-old woman for playing her favorite song too loud. What happened after this altercation created a chaotic situation for the residents of the apartment and the Paris fire department.

“She noticed I was a firefighter and stated that I like flames,” said the neighbor. “Shortly after she left, I smelled smoke and quickly realized she set fire to the floor.”

More than 200 firefighters worked through the night to extinguish the fire, which started in the early hours of Tuesday and were able to rescue 50 people from the flames.

The woman accused of starting the fire, who was drunk at the time, was later arrested after trying to set fire to a vehicle and a bin streetside.

Prosecutor Remy Heitz told reporters on Tuesday that “an investigation has been opened into the criminal charge of causing death by arson.”

He said “the arrested woman was in her 40s, and had been under treatment for psychological problems.”

The initial death count was raised from eight to ten after a discovery of the remains of two bodies who were engulfed in the blaze. Three of the deaths were people who leaped from the windows of their apartments in order to escape the flames. 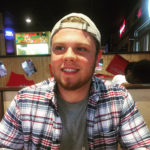 Devin Burrow is the senior editor for the Bryan Triangle. He is a junior communications major with an emphasis in digital media. Devin serves as a resident assistant at Bryan College.