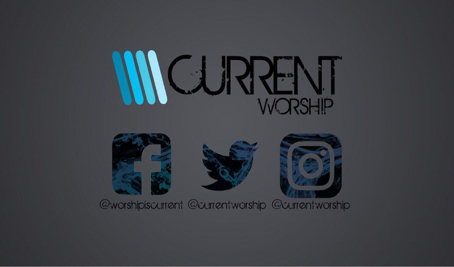 Several students gathered on the fourth floor of Long in a dorm room during the first week of classes for song worship. Word spread and 30 students filled the dorm room, spilling into the hallway. Though Bryan requires 30 chapel and 10 church attendances, some students desire more.

What began as a discussion about God and worship, soon materialized into a weekly worship night.

“People were more opened up to the club than I initially thought,” Burrow said. “I didn’t expect to see people out with us on a Wednesday night worshipping.”

Lead Singer, Seaton Dasher was amazed at how open and passionate people were about what they were doing. He was impressed that people took time out of their busy schedule to come worship God on a Wednesday night.

A week after the performance in Long Hall, the group decided upon the name Current Worship a

nd planned on moving to Brock Hall. Sixty students attended. The group led them in singing “We Are the Free”, “Great are You Lord” and “Lord I Need You.” They also read Scripture while the attendees prayed.

“It has impacted me because worship is my passion and it has given me a way to do that away from home. I’ve also made several great friends through it,” Dasher said. “It’s the second week of school and I already feel so connected. I love everyone’s passion for worshipping our God.”

Current Worship looks forward to growing and improving this semester.  Instead of a live suggestion worship, members can suggest songs through social media to have performed in the coming gatherings. Current Worship is working to expand their social media present. Current Worship meets in the Student Government Association room on the third floor of Latimer at 9:00 pm on Wednesday nights.