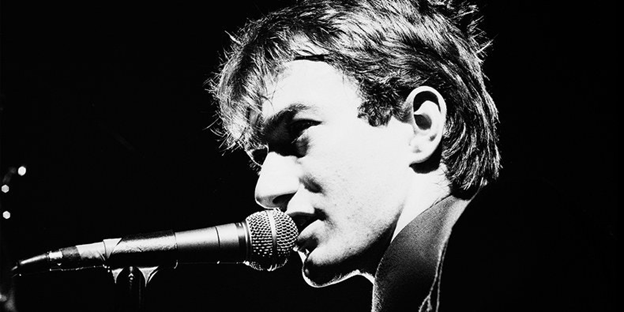 Andy Gill died of pneumonia at the age of 64 on Feb. 1, 2020. As the lead guitarist for British rock band Gang of Four, Gill co-founded the band in 1976 with lead singer Jon King, bass guitarist Dave Allen and drummer Hugo Burnham.

Gill’s death was a tragic blow to the punk rock world of music. He innovated the genre “post punk” with his unique style of playing electric guitar.

The Gang of Four was a popular 1980’s English band. Some of their hits include, “Damaged Goods”, “I Love a Man in Uniform”, and “Silver Lining.”

The band had 10 studio albums, 2 live albums and 3 compilation albums. The Gang of Four’s first album was released in 1979, titled Entertainment!

Their last album was published in 2019 and was called Happy Now. Gill also produced and co-produced all of the band’s albums. The band was especially popular during the 1970s and 1980s, known for their punk rock, funk and dub style. The Gang of Four’s lyrical emphasis was on the social and political ills of society.

Gill married Catherine Mayer in 1999. Mayer is a journalist and co-founder of the Women’s Equality Party, whose objective is to bring equality to women and to end violence against women. Gill and Mayer did not have any children together.

Although The Gang of Four’s members changed frequently throughout their existence, Gill remained the only original member until his death. Previous members of the band include Sara Lee, Busta Jones, Tobias Humble and Gail Ann Dorsey.

Although the original four members were all part of the band’s formation in 1976 Gill said in one of his last interviews, “Me and Jon were running the show, we had the concept and we wrote the songs.”

As lead vocalist and guitarist, it makes sense that Jon King and Gill would have collaborated on most of the music and songs for the band. Since Gill’s death, the Gang of Four’s members consist of only three: Thomas McNeice, Tobias Humble and John Sterry.

On Jan. 1, 1956 Gill was born in Manchester, England to Stanely and Sylvia Gill. Gill graduated from Svenaoks High School in England. He met the rest of the original band members at school and they quickly became friends, deciding  to form their band.

On the day that Gill died, the Gang of Four released an official statement on their website saying, “This is so hard for us to write, but our great friend and Supreme Leader has died today. To us, he was our friend . . . he just so happened to be a bit of a genius too . . . Love you mate.”

Although Gill did not discuss his religious beliefs much with the media, there is an important aspect of his sudden death that should not be overlooked. With people today are so inwardly focused, it can be easily forgotten that life is short. With Gill’s sudden death, Chrisitans should realize that life needs to be lived for its fullest in God.

God gave us this life for His glory, that Christians might please and worship Him while on earth. Life is short especially for the unbeliever who needs the joy of the Lord in their life. It can be especially nerve-racking for them to think about death and eternity, but everyone has hope in the Lord to be saved despite the difficulties of this life on earth.