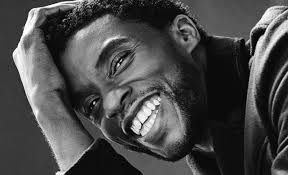 DAYTON, Tenn.—Chadwick Boseman, known for his lead role as king T’Challa in Marvel’s Black Panther, died after a four-year-long battle with colon cancer on Fri., Aug. 28 at age 43.

Boseman’s death has hit all his fans hard, but it has been especially devastating in light of the recent deaths of black icons Kobe Bryant and John Lewis.

Against the backdrop of the Black Lives Matter (BLM) movement, thousands of fans have petitioned Anderson, S.C., Boseman’s hometown, to replace its Confederate statue with a statue of Boseman.

DeAndre Weaver, an Anderson University student who started the petition, said, “Mr. Boseman is without question an American treasure and his accolades go on and on. It is only fitting that his work is honored in the same place that birthed him.”

Though Anderson Mayor Terence Roberts’ office has communicated to the public that they are brainstorming concepts for Boseman’s tributary statue, removing the Confederate monument is a different story.

Under Section 10-1-165 of S.C. legislation, it is currently illegal to remove, relocate, disturb, or alter any war monuments, including Confederate statues. The petition aims to repeal this section.

The larger issue brought to light by the conflict between Weaver’s petition and S.C. legislation is that of representation.

In an article she wrote for the Chicago Tribune, Dahleen Glanton said, “[Boseman] represented the vision we hold for every young Black man we know—someone who figures out how to overcome incredible odds and pursue their dream, even in an exclusive industry that does not always value their worth.”

In addition to these roles, Boseman’s tenure as the Black Panther provided fans of all backgrounds with a picture of Pan-African culture and black fans with a superhero they could closely identify with.

In an interview with the Washington Post, L.A. Lakers star LeBron James said, “Even though we knew that it was like a fictional story, it actually felt real. It actually felt like we finally had our black superhero and nobody could touch us.”

Disney’s plan to release a second Black Panther movie in 2022 is now faced with the challenge of re-casting Boseman’s role. Whether the corporation decides to replace Boseman with another male actor or make T’Challa’s sister, Shuri (Letitia Wright), the new Black Panther, Boseman’s legacy as someone who represented the black community well will live on.

Daeana Barkubein is a freshman staff writer for the Bryan Triangle majoring in literature and minoring in communication. When not studying, she enjoys knitting, painting, and many other hobbies.