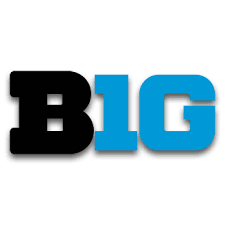 Big Ten football will resume the weekend of Oct. 24 after officials deemed it safe to play according to the most recent COVID research.  The championship is currently scheduled for Dec. 19.  This gives the teams time to play eight games prior to the regular season end on Dec. 10.  Big Ten had previously stated that they would not have a 2020 season on Aug. 11. The conference was postponed to 2021.

This decision was reversed Wed. morning.  The Big Ten conference has placed several restrictions: there will be no fans in the stadiums, athletes will be tested for COVID daily and athletes will be screened for virus-related heart conditions. In Aug. neither of the tests could be guaranteed; now they are standard procedure for the athletes. Coaches and other athletic staff will undergo the same testing.

The Big Ten’s decision on winter sports, such as basketball, has yet to come.

If a player tests positive for COVID, they will not return to games or practice for 14 days. They will be required to test negative and pass a heart screening test before being allowed to return. The team of the infected player will pause practices and conditioning for a week minimum and all players will be tested immediately.

President Donald Trump, who personally pushed for this change, shared his approval through Twitter, tweeting: “BIG TEN IS BACK. All teams to participate. Thank you to the players, coaches, parents, and all school representatives. Have a FANTASTIC SEASON!”

The team physician for Ohio State, Dr. Jim Borcher, also praised the decision, stating, “Everyone associated with Big Ten should be very proud of the groundbreaking steps that are being taken to better protect the health and safety of the student-athletes and surrounding communities.”

Morgan Clark is a first year staff writer with the Triangle. She is a Bryan College cheerleader and communication major.