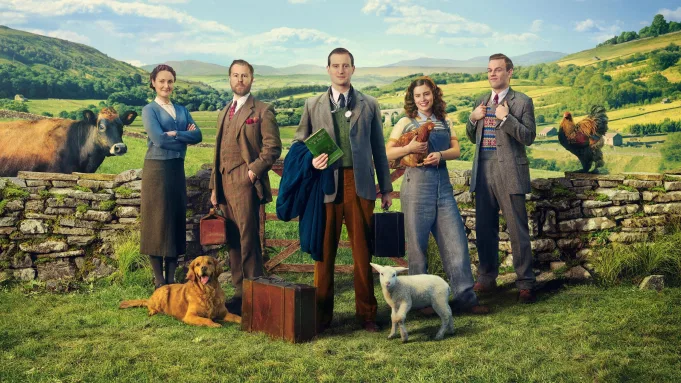 All Creatures Great and Small review

DAYTON, Tenn. — All Creatures Great and Small is a show on PBS (Public Broadcasting Service) about a veterinary practice in Yorkshire, England. It is an adaptation of the 1978 show of the same name, and of James Harrriot’s autobiographies.

The first season premiered on PBS on Jan. 10, 2021. It has been confirmed for a second season.

James Harriet was a real British veterinary who lived in Glasgow, England. Alf Wight was his real name, James Harriet being his pen name. He wrote nine books about his experiences as a vet. The first two are called If Only They Could Talk (1970) and It Shouldn’t Happen to a Vet (1972).

Despite being British and having British parents, Wight and his character on the show have a Scottish accent since he and his family moved to Glasgow, Scotland when he was young.

Wight’s first two books were made into one compilation to be sold in the US. It was titled  All Creatures Great and Small, released in 1972.

The book and current PBS show received its title from a poem called All Things Bright and Beautiful. The first part of the poem reads:

All things bright and beautiful,
All creatures great and small,

All things wise and Wonderful:

The Lord God made them all.

All Creatures Great and Small follows James Harriet (Nicholas Ralph) as he embarks on his first real veterinary job in Darrowby, England. The show is set in 1937.

Harriet works as an assistant vet to eccentric Siegfreid Faron (Samuel West). Tristan Faron, played by Callum Woodhouse, is Siegfreid’s brother who is training to be a vet. Mrs. Hall is Seifgreid’s housekeeper, and Helen Alderson is a farmer and friend of Herriot. The two previous characters are played by Anna Madely and Rachel Chenton respectively. Mrs. Hall is a no-nonsense caretaker who keeps Seigfreid, Tristan and James in line.

In these trying times, All Creatures Great and Small is a simple, realistic drama about animals and the people who take care of them. While the show illustrates the beauty of England, the viewers become immediately attached to the characters through their maturity. All Creatures Great and Small is romantic in the way it shows the struggles of the 1930s while incorporating many cute animals. Throughout the many difficult veterinary procedures Herriot has to perform, the show has a nice balance of veterinary drama and character development.