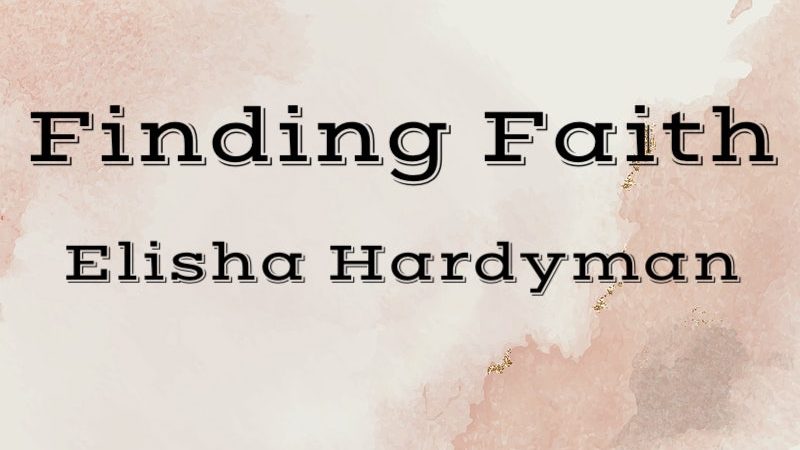 Hardyman grew up in Dayton to Christain parents. Hardyman’s father used to be a pastor at Green Pool Baptist Church in Soddy-Daisy, and his mom has struggled with Crohn’s disease for most of his life. Hardyman’s grandfather was also a pastor.

After watching a cassette tape about hell when he was four years old, Hardyman thought he was a Christian because he was afraid of going to hell. Although he considered himself a Christian, Hardyman did not feel peace or conviction from Christ during his life despite talking to his father, grandfather and other pastors.

“I was brought to a point in my sophomore year of high school where I was at a crossroads,” Hardyman said. He continues on, saying, “I figured out that the way I was living wasn’t what Christ was calling me to.”

Through the process of sanctification, Hardyman realized he was not being Christ-like in his life. Knowing that he was hanging out with friends who were not following Christ, Hardyman decided he needed to change for the sake of his heart.

“For me it has kinda been a process. It was never one day where I had a 180 change but it was over months and years of conviction and reading my bible to figure out what truth was before I actually believed” Hardyman said.

Hardyman has also gone on a mission trip to an island off the coast of Honduras and this past summer he went back to Costa Rica for three months. While he had desires from God to one day be a full-time missionary during his first trip to Costa Rica, Hardyman felt his inclination confirmed by God during his second mission trip.

During his time at Bryan and in his spiritual development, Hardyman has learned to appreciate being able to attend Church and be involved in various events at his church.

John 6:40 says, “For this is the will of my Father, that everyone who looks on the Son and believes in him should have eternal life, and I will raise him up on the last day” (ESV).

One of Hardyman’s favorite Bible verses is John 6:40 because it reminds him of the process of sanctification, that all believers in Christ should be striving to become more like Him.

After he graduates from Bryan College in the May of 2022, Hardyman plans to be a full-time missionary in Honduras for two years.